Out via Run For Cover Records 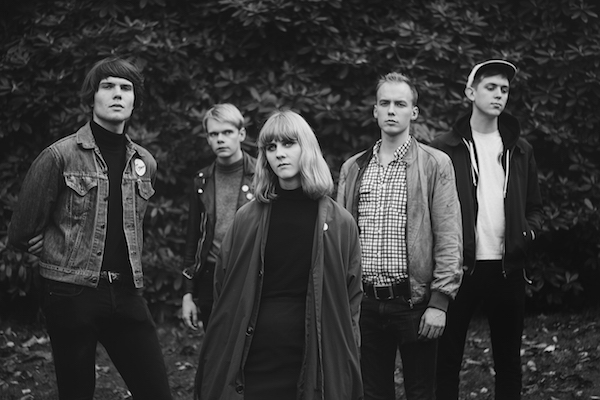 If you squint, you might mistake Sweden’s Westkust for a dreamy L.A. rock band — and not just because of their name. Indeed, the band’s fluffy melodies would fit comfortably on a Best Coast record were they not wrapped in several gauzy blankets of guitar fuzz (and considering Best Coast’s newer, shoegazier route, even that isn’t too far off). Two of the band’s five members also play in the gloomier unit Makthaverskan, but on Westkust’s debut album Last Forever — which they’re streaming in full — the band stays squarely in the sunlight, with amp-busting My Bloody Valentine references dusted with sugar by co-lead singer Julia Bjernelind’s effervescent vocals.

Of the record, the band says, “We’re really excited about finally releasing Last Forever. It’s been quite a struggle completing it due to sickness and the fact that life is just unpredictable. The album contains everyday heartache, lust and the need to do something bigger than yourself. We hope that you’ll find our bulldozer driven by kittens soundtrack as appealing as we do.”

Stream Last Forever right here, order it digitally via Run For Cover Records, and pre-order the vinyl (out July 10).