U2 Brought an Elvis Impersonator Onstage in Los Angeles 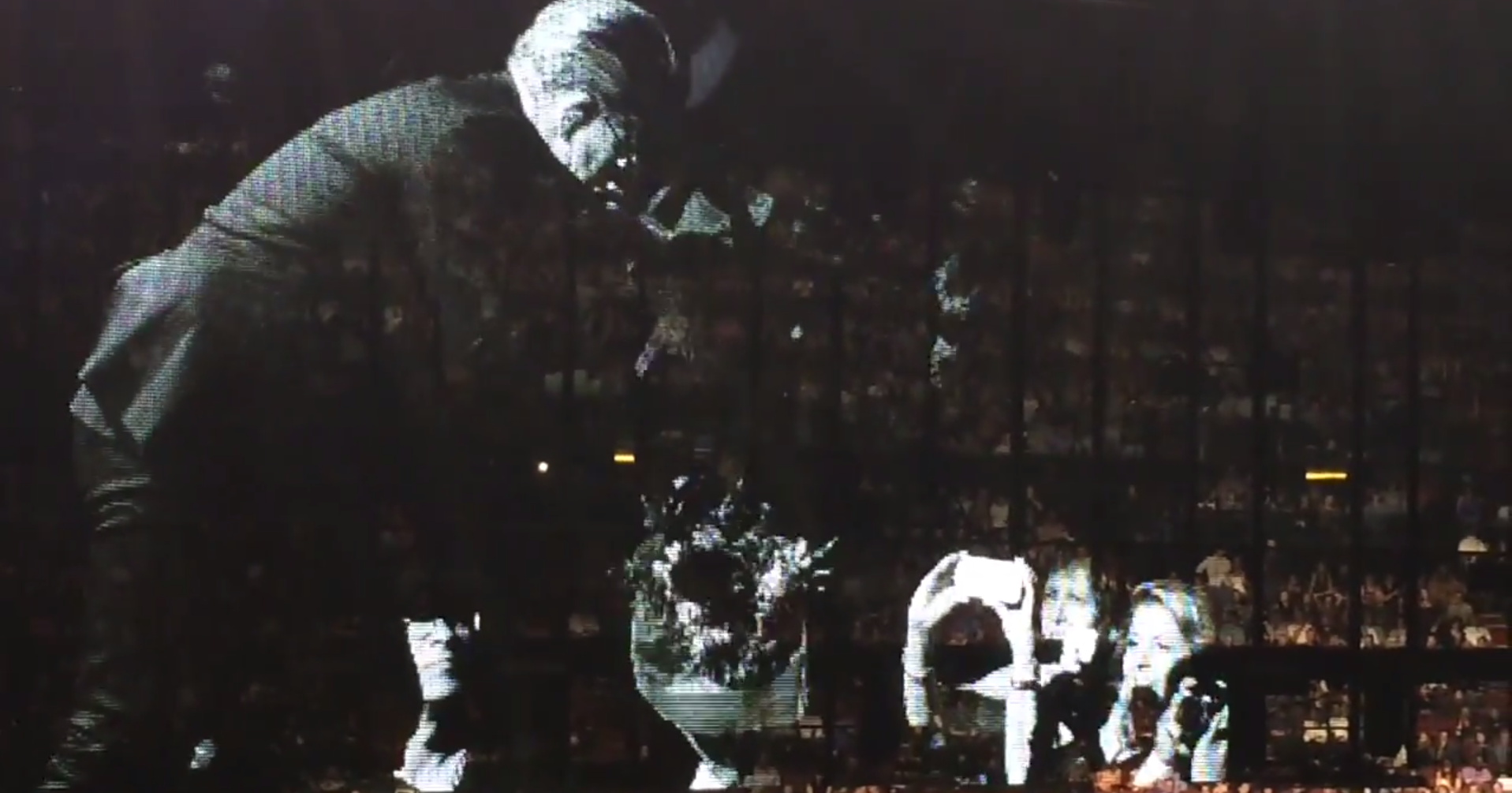 U2’s iNNOCENCE + eXPERIENCE tour paused this past week for a five-show stand in Los Angeles. Those shows mostly seem to have gone off without incident, but Wednesday night the set hit a snag when a piano went on the fritz. Bono, being the consummate performer that he is, called a capable audible and bantered with the crowd for a bit before eventually inviting up an Elvis impersonator that he spotted down below.

After some convincing, the Songs of Innocence singer was able to get the costumed man to lead the crowd in a version of “I Can’t Help Falling in Love With You.” Despite the pressure of singing a legendary song that Bono has famously covered in front of the man himself, our faux-King did a pretty solid job. Watch the video, via Rolling Stone.