From cold crawfish to roadtrip playlist necessities, the 22-year-old pop star's got your dog days covered 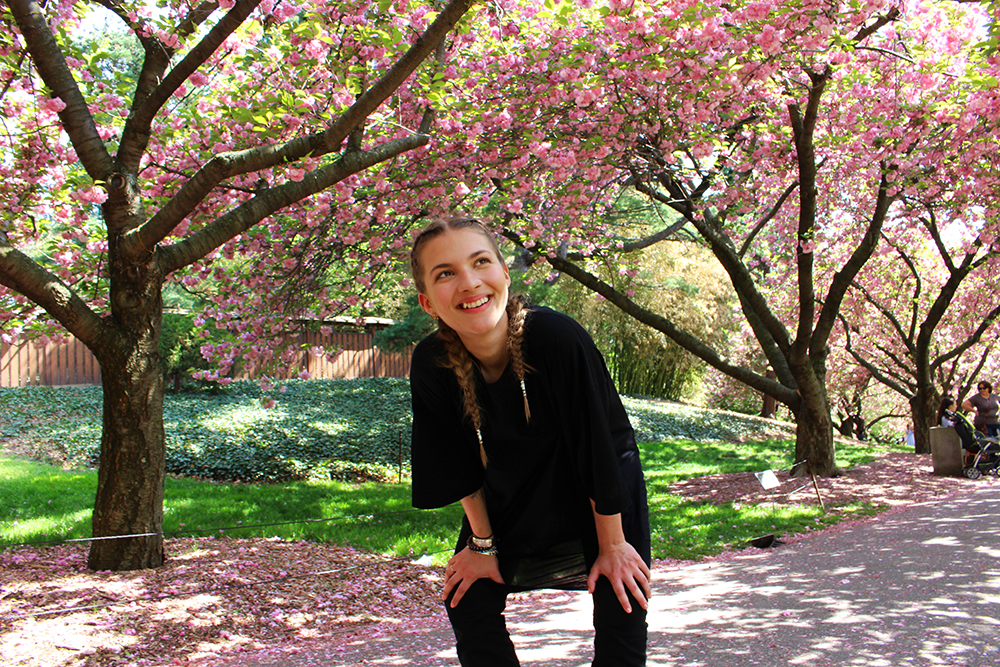 June signals the start of summer: dripping ice cream cones, blown-out car speakers, and unsophisticated debauchery ensue, but for the animated Swedish singer-songwriter (and former Swedish Idol contestant) Tove Styrke, the season means something entirely different. Last month, SPIN took the 22-year-old on a tour of the Brooklyn Botanical Garden ahead of the release of her springy, percussion-heavy new album, Kiddo (out June 9 via RCA), and between peering at bonsai trees and endless fields of cherry blossom trees, Styrke hashed out how to plot your summer in seven steps so you’ll feel like a lifelong Swede. Warning: These tips are het på gröten — that is, so hot, you just can’t wait to get your hands on them.

Step One: Go Swimming, No Matter Where the Water Is
I spent so much time in the studio last summer. It was nice, but I didn’t see sunlight the whole summer. In Stockholm, there is a lot of water everywhere, so we’d be working all day in some small basement somewhere in the city, and then when we were finished in the evening, I’d go swim somewhere. In the city, there are restaurants and stuff, and then there are often bridges next to the street, so you can eat and then say, “I’ll go jump in the water for a while!” I always like going back to [my hometown] Umeå because I love the summers there. It’s further up north, so the sun basically never goes down. It’s never dark, so you’re up all night. 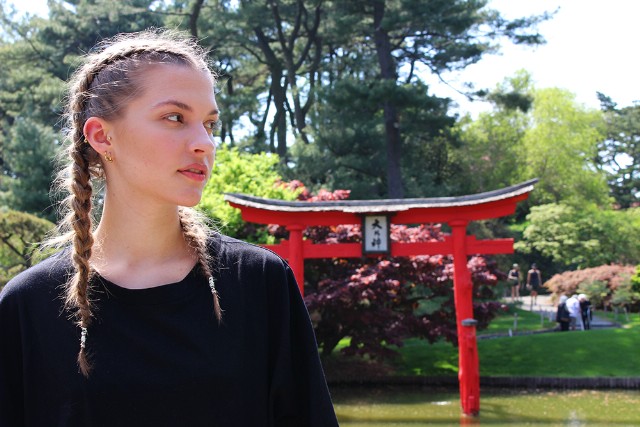 Step Two: Screw Digital, Go Analog With Your Music
When I’m home, I always like to drive around. I always get to borrow my grandma’s old car. It’s an old red car that I call “Red Danger,” and if you want to listen to music you need to make cassettes. My parents have an old tape deck that I use. I found it and was like, “Don’t throw this away!” I record stuff off of Spotify onto tapes, and then you have your own perfect mixtape for the car. Each one needs to have a certain touch to it. For instance, “My Generation” always has to be on it, and also the Suzi Quatro version of “Shakin’ All Over.” Add some Patti Smith. I also like including Bob Dylan fan and the Band, which is really old people music. [Laughs.]

Step Three: Cook Food From Your Roots
My favorite Swedish thing that we do eat in the summertime is crawfish. It’s not like the Cajun style; it’s with dill and it’s delicious. It is so salty and you eat it cold, it is so good. When you eat the crawfish, you have to wear these really ugly party hats with a big sun on them for some reason. I have no idea why. Every time I tell people that are not from Sweden about the hat tradition, they’re like… [Crinkles her face in dismay.] Then I realize: We are so weird. My dad cooks a lot. He’s like a hobby chef. He’s good with the spices and stuff, and he likes making the garnishes. The crawfish is his job. [Laughs.] 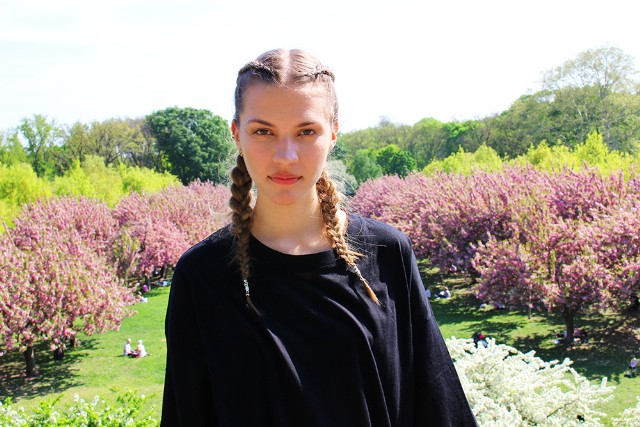 Step Four: Support Local Festivals
In Sweden, so many festivals have to cancel, because there are bigger festivals coming. Big German festivals will make stops in Sweden, and they hook the big artists, so there are a lot of smaller ones that have gone out of business. So many ceased two summers ago, but now some have come back. Now there are more festivals that are in the actual cities. It used to always be that you had to take the train to a really small town somewhere in the middle of nowhere [to get to one], but now there is a really big one in Gothenburg, Way Out West. Festivals like that are not only for hardcore fans of the artists or just the music-lovers. Everyone goes to them. And they should! 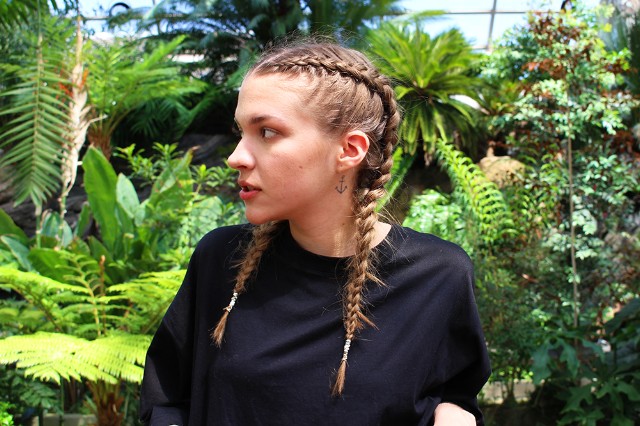 Step Five: Don’t Get Fancy With Your Liquor
See, I am the most boring person in the world because I only drink beer. I will literally just drink the beer that is around. I don’t really have a preference! I think most are good. Drinking beer because I like drinking beer… I’m so boring. [Laughs.] IPA was the big hipster trend in Sweden a few years ago. When Sweden caught onto it, it was like, “Oh, microbrewery here, and here, and in your backyard, in my basement!” It’s like all these fascinating little brands everywhere.

I don’t like the effect of liquor, even in summer. You can’t trust it. Sometimes I get a bit carried away and I order a drink — what was it that I ordered last time? [She thinks]. It was something really ridiculous… a Pink Panther! It’s like a white Russian but pink. It’s like a milkshake that melted. I’ll make an exception for that.

Step Six: Reconnect With Your Loved Ones
My family had a cottage by the sea up north where we used to spend most summers. It was really nice. It was a tiny old red house with white corners that my grandfather built. Me and my sister were in bunkbeds and then mom and dad were in one room. My grandfather built it when there was nothing else there. He just built it right by the water, this little bay. It’s technically the sea, but it’s not as cold and windy. 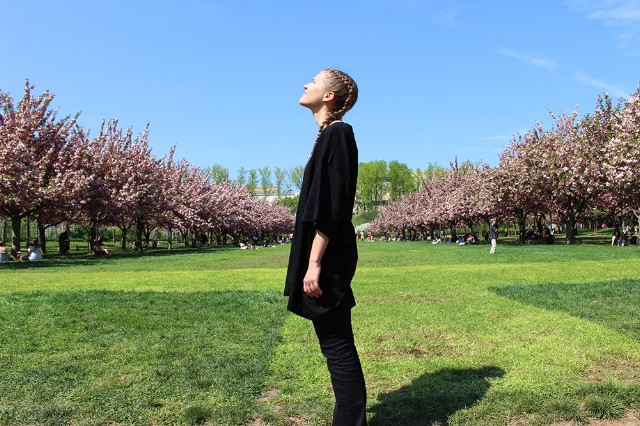 Step Seven: Discover New Music
I have an album for everyone. It is Swedish, and it’s sung in Swedish, but it’s really good. He’s called Jonathan Johansson and he put out an album called Lebensraum! Really, really good. The cover is filled with different colors and a distorted face. I also love that Tei Shi song, “Go Slow.” I like Shura. All her things, I am in love with her right now. Her music is so “slow dancing, old school disco.” I love that. She has this whole Kurt Cobain look going on and she is just the coolest.

All photos by James Grebey for SPIN