The U.K. garage rock group filled the spot opened up by Florence + the Machine 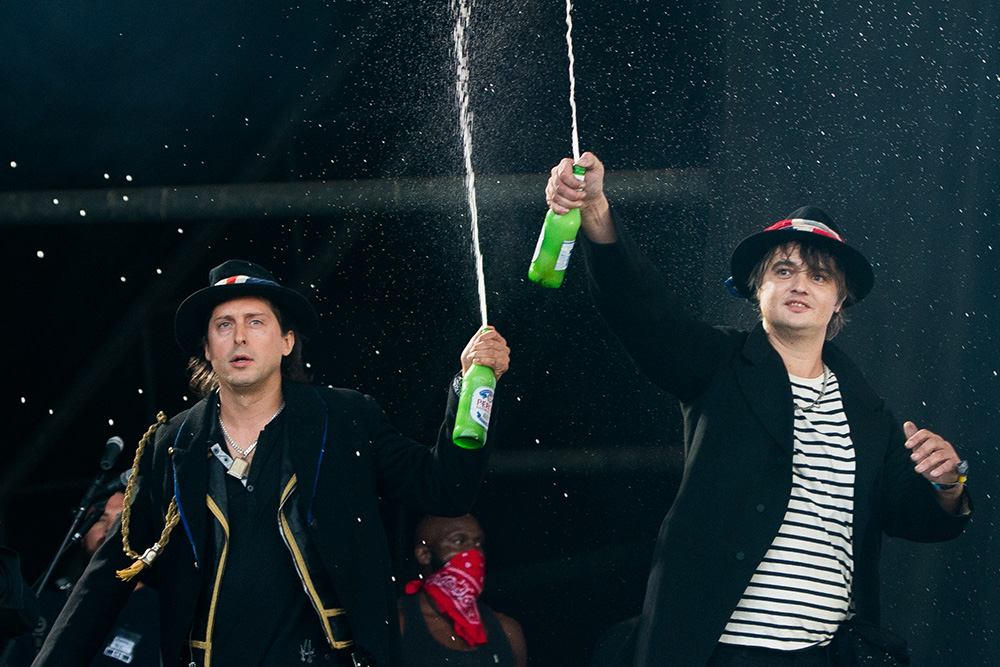 When the Foo Fighters had to pull out of Glastonbury after Dave Grohl broke his leg, it caused a ripple effect in the lineup. Florence + the Machine capably took the Foo’s headline slot, but that left their own earlier slot vacant. Luckily, the Libertines were able to fill-in at the last minute (NME reports that they arrived to the festival by helicopter mere hours before their set started). The garage rock outfit admirably stepped up, playing “Gunga Gin,” a new song off of their upcoming album that they premiered last week, along with a rarely performed, unreleased Pete Doherty solo-cut called “Handsome,” or, alternatively, “Anthem for Doomed Youth.” Videos of both songs have hit the web.