It's from her La Bagatelle Magique project, and it features Washington Heights star Maluca 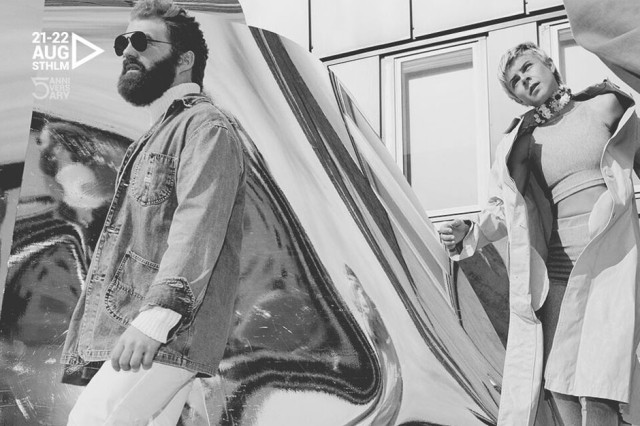 Last month, Swedish’s electropop master Robyn announced to fans that she’d formed a new project — Robyn & La Bagatelle Magique — that’d soon release new music and tour the world. Today, the 36-year-old visited BBC Radio and Annie Mac to premiere her group’s first single, “Love Is Free.” On first listen, it’s instantly clear the song is exactly what Robyn should be doing in 2015. It incorporates the “thump-thump-repeat” that Swedish producers from Max Martin to Bloodshy and Avant have steadily, stealthily injected into our music consumption diet, disguising their intentions like a mother trying to conceal peas in a baby’s mashed potatoes.

That is to say, not only is Robyn hitting the Paint By Numbers melodic bits in order to pull at listeners’ subconscious musical expectations — cheeky in that way, and a coy grab too — but she’s also using that hook as means to bound into the distant future. Her hyperbolic vocal tics are unlike any other replicable sound right now, and “Love Is Free” siphons the occasional subversive, harmonic grin into its structure. It spirals, it twirls, it shouts and purrs and smirks and prowls. In short: it’s it. And more than that? It features Maluca, a bachata-club-hop mini-star in her own right.

Robyn initially incorporated the rave-ready number into the set of her joint tour with Röyksopp last summer, but this finished, high quality product made that torturous wait make a bit more sense. Look for more Robyn & La Bagatelle Magique tunes — five or six songs, or a “mini-album” as she said in a post-track interview — as 2015 continues to unfurl.