The rapper allegedly pistol-whipped someone working on his Georgia property 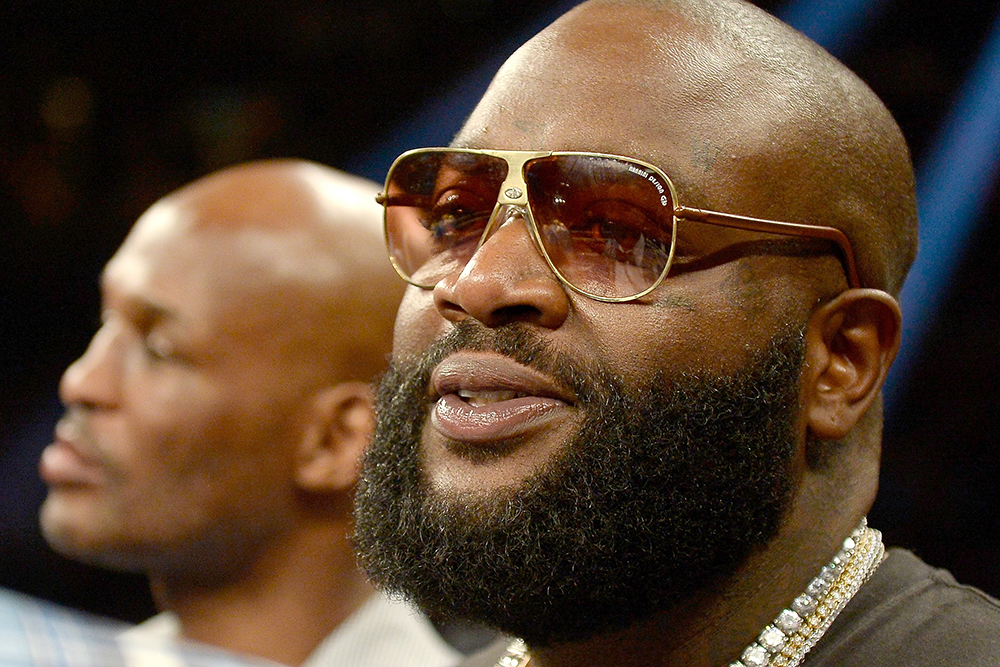 Update: Rick Ross posted a $2 million bail today and has been released from jail. He’ll wear an ankle-monitor while he awaits trial.

Update: According to TMZ, “cops say when Ross didn’t get the answers he wanted [from the worker he allegedly assaulted], he pistol-whipped the guy twice, messing up his jaw and neck and chipping 2 teeth. The groundskeeper was hurt badly enough that he couldn’t use his jaw and is now on a liquid diet.”

According to a local Georgia news station, Rick Ross has just been arrested on counts of aggravated assault, aggravated battery, and kidnapping. Per WSB-TV:

Ross, whose real name is William Roberts, was arrested overnight by the Metro Atlanta Fugitive Task Force on outstanding warrants for aggravated assault.

According to sources, Ross was having work done on the property he bought in Fayette County. Ross allegedly got into a fight with one of the workers and pistol-whipped him.

Both men are charged with kidnapping, aggravated assault and aggravated battery. They will be held at the Fayette County Jail as they await an initial appearance and a bond hearing.

Just two weeks ago, Ross was arrested in Fayette County for misdemeanor possession (of marijuana) and a traffic violation.