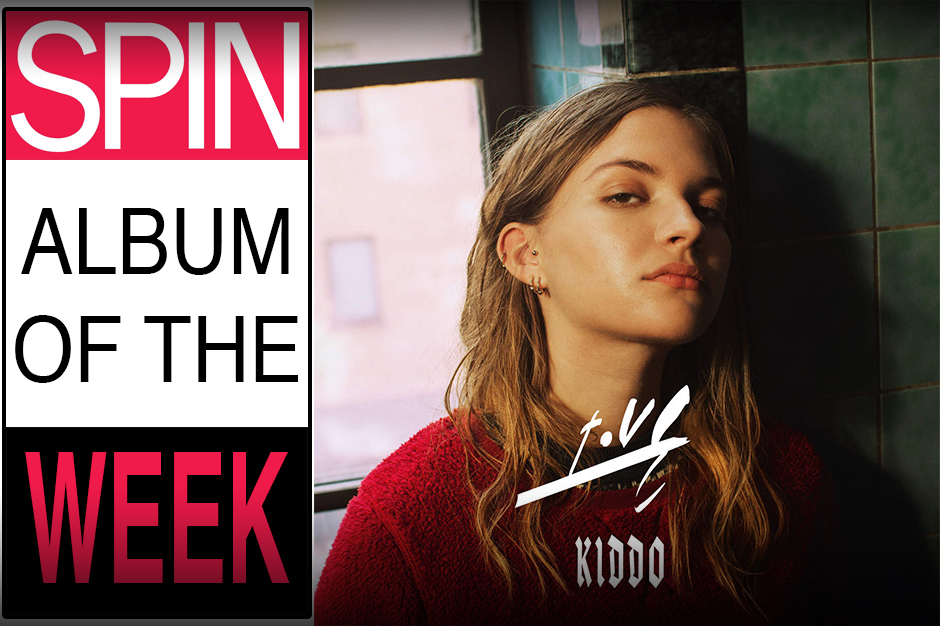 In 2009, Tove Styrke finished third on Swedish Idol and quickly delivered a self-titled album full of the then-untapped promise of mechanized Scandinavian pop. Singles like “Call My Name” injected a watered-down, sexed-up silliness into the singer’s explosive vocal performance, but it was obvious that something wasn’t connecting. Styrke later admitted that the project had been rushed and failed to embody what she stood for. The grimace she sports in the “Call My Name” video should’ve made that clear. Wipe this period from your memory — she has.

After some time removed from the mainstream, Styrke returned in 2014 with the Borderline EP, a collection of strong-armed, I-am-here dance songs that sported a noticeably more animated singer at the helm. A year later, here’s Kiddo, one of 2015’s finest pop releases, incessantly memorable and full of well-defined character and striking simplicity of craft.

Part of the album’s tightly defined cleverness comes from Styrke’s delivery. Dissecting her accented coos and cries on numbers like the horn-heavy “Ain’t Got No…” is a trap she’s praying you’ll fall into. “Me ain’t got no time for control,” she sings to the unspoken patriarchy before keenly backtracking with a pleading, “I just wanted you to see / I just thought that you should know.” There’s more than one side to every coin, and Styrke makes sure you know it.

This is exactly what pop should be doing: Presenting a point without belaboring the issue, firing opinions into the field of public consumption while also slamming down crowd-pleasing melodies without pandering. Styrke’s snarling lyricism demands closer reads below an already-enjoyable surface. “Number One” is the most obvious example, teetering that line with its pointedly haphazard congas and wings-spread optimism. “Hot glam seems far away from where I am / I can neither understand it nor demand it / Your tears don’t shake my world like Britney Spears / She’s fierce,” she sings atop breezy electropop.

Kiddo approaches its lightly feminist narrative with fresh eyes, a byproduct of an age in which that conversation is certainly more prevalent than in years past. Styrke grew up listening to pioneering rock singers like Patti Smith and Suzi Quatro, but also heard the voices of Jojo and Beyoncé howling updates for a new generation — she paid attention. “Burn” presents itself as a lament, but its wordplay says otherwise: “I need to leave / You understand right? / I’ll be back soon / Don’t pressure me now I need to go,” she sings, foot halfway outside.

As a concession to those simply seeking hooks, there are brief moments like “Snaren,” a bubbler with ricocheting gunshot noises the 22-year-old took from old James Bond trailers (seen on YouTube, natch) and that features a reference to Mrs. Carter herself: “Take a step to the left / No, not to the right / You better scootch for a queen B / Out of my sight.” It would’ve landed doubly hard had it eschewed kitsch for Styrke’s own words, but it’s also the rare misstep in an album wound so tightly around her Swedish finger. Later, on “Walking a Line,” she rights the ship: “Hijack the idea of a girl that obeys / Ha-ha-ha-ha oh my / Laugh it in the face.”

Styrke pulls it all together on the centerpiece, “Even If I’m Loud It Doesn’t Mean I’m Talking to You,” which weirdly melds country twang (here coated in glistening-spring synths) and lip-clenched fuck-offs like, “You got a true, mad, deep, big crush on yourself / I hope you hit the ground hard when you fell for yourself.” Kiddo isn’t all bite though; on the hissy, barreling “Decay” — the closest she comes sonically to hurtling down the tracks laid by standard-bearer Robyn  — she fuses dance and sorrow en route to an ex. “They will search my bag, find the bullets not the gun,” she sings. “What if they knew that my AK’s made of glue and good wishes from my mom?” American pop stars can keep mixing up verb tenses; it leaves more room for Tove Styrke to establish her matriarchy.

Last month, SPIN took Styrke to the Brooklyn Botanical Garden for an interview about Kiddo and growing up in the shadow of her first album.

Does this album have what you’ve wanted to say all along?
With this one, I’ve written a lot. It’s easy to say, “Yeah, I wrote this album,” because I wrote the lyrics. I always write lyrics and the melodies too, but I like collaborating with people too. I think that is the most creative way to work.

Do you build from the ground up with your collaborators, or bring them ideas to expand on?
I collect ideas over a long amount of time and when I have a little collection of themes and ideas and little fragments of lyrics, then I meet with somebody and we start making something out of it. Usually I have a thought, and then we start making a drum beat. We did that with the song called “Even If I’m Loud,” and after we did the drums, the rest came to me so I hear that in the studio and listen to it and then I just write the whole thing and record it at once. It is very — I hate the word, but — organic.

I love all kinds of pop, but not necessarily everything on the radio has the strongest message. There’s a lot about dancing and drinking and going out.
And love. I love pop music and I like writing pop songs. The nice thing with pop is that the challenge is to make it as simple as possible, and that is not very easy. That is so hard, and I think that it’s such a fun thing to do. Music that reaches out to a bigger audience and plays on the radio and stuff, that is the music of the people. That is the music that we dance to, that is the music that we cry to, that’s the music that we are listening to when we are alone in the car or in secret on the subway. I think it is so perfectly natural to sing about problems, any kind of problems — not just drinking or love and stuff. It’s nice to write about things that actually relate to a lot of people.

Much of this album also sounds like you’ve pulled influences from around the world. Is that something that comes organically with the “everything’s accessible” Tumblr world you grew up with?
Yes, I think that. I mean, most of my friends that are my age and me as well, we don’t think that much about genres and stuff. All the other generations tend to be more like, “This is my kind of music,” and they’re very tied to genres but it feels like it is much easier going now. Even the music you consume is more sort of like a Tumblr feed today.

That to me seems like how “Samurai Boy” was born, right? Without sonic boundaries?
Yeah, it’s one of my favorites to perform as well. It came from Shogun Assassin.

When you decided to work on Kiddo, did you look at your old, post-Idol stuff and as a blueprint for what not to do?
No, because one thing that I find so important when you make stuff is to not create things in opposition. If you are making something, it is because you want to do this. I think it is so dangerous to think, “I don’t want to do that, that is why I am doing this.” Just: What is it that I want to do next? What is it that I want to express? What is it that I think will be fun or interesting or that I want to explore? I never reflected on the first album when I was making the second one. My only rule of thumb was to not have any rules and just try to stay as unrestrained as I could. I wanted to dare to go a step further with the lyrics and express more personal things that really meant something.

Can we talk about when you rap on the album?
It’s not a rap. [Laughs.] I can’t rap at all.

As a singer working with Swedish producers, do you worry that critics will try to take authorship away from you?
Yeah… Well, my feeling about it is that it is problem. Of course it’s a problem. I am certain that people will learn and that it will change and that, as time goes by, people will learn that women can make stuff too. Back home, in almost every interview, I am very quick when it comes to saying, “I wrote this when I was writing the song.” I always have to say it. I always do it before they assume something else. I am almost certain that a guy who did the same thing as me, he has never had that thought in his head. He would never have to do that.

It sounds very disempowering, but it’s like, the way is. The only way to fight it is to find a way to deal with it and make people understand that this is not the case. This is how it is actually done, and this is what I have done. I am fine with interview after interview telling people that I write because people need to hear that because if they don’t get to hear that it will never —

Change, and the assumption will stay the same?
Exactly. I wouldn’t say that I gladly do it, but something like it.

Is there one song on the album that you’re most excited for people to hear?
“Who’s Got News,” because I think it stands out as something that is quite different than the other songs I put out. I wrote it with a friend of mine, a Swedish artist. It was really fun working with her because she has her background in jazz and it’s really, really far from all my references of stuff. I think that the contrast was interesting. She has a lot of the same opinions as me about feminism stuff and society. Most lyrics I do write on my own, but that one we were working at together. We wanted to write something about the abuse of power. It’s the most frustrating thing to me.

Review: Elysia Crampton and Friends Throw Trap and New Age Into a Blender on ‘Demon City’