Pussy Riot Member Nadya Tolokonnikova Has Been Arrested in Russia

The activist was staging a protest in support of female prisoners. 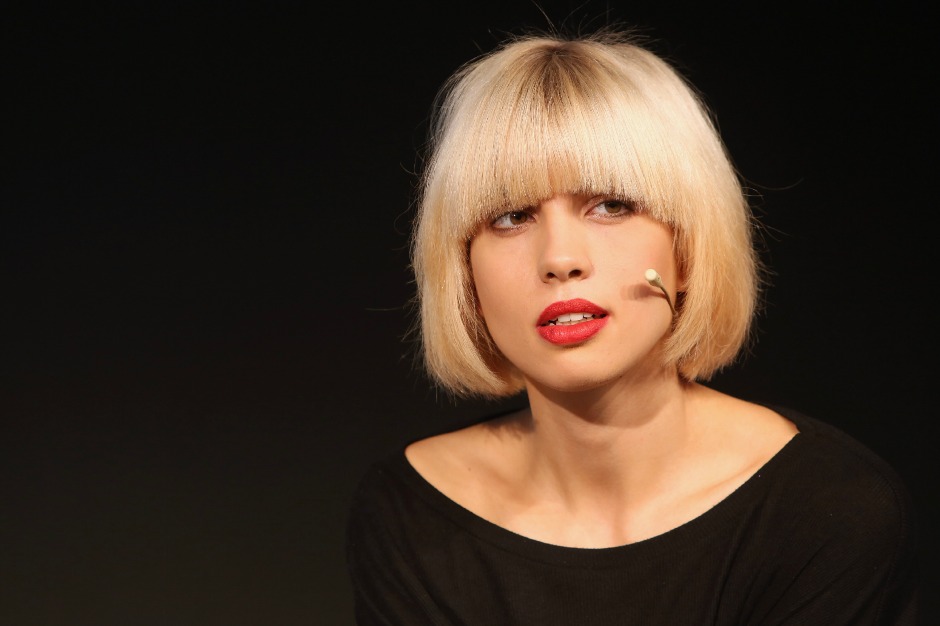 Pussy Riot member Nadya Tolokonnikova has been arrested in Moscow after staging a protest in support of female prisoners. Dressed in prison uniforms, on Friday, Tolokonnikova and fellow activist Katya Nenasheva laid out strips of white, blue, and red fabric — the colors of Russia’s flag — with the intention of stitching them together to spell the phrase “Prison Camp Russia.” Their demonstration was interrupted when police officers intervened and dragged Tolokonnikova and Nenasheva away in the back of a police van. Consequence of Sound has photos of the arrest.

Prior to their protest, Tolokonnikova described the purpose of this demonstration in a statement entitled “Don’t Be Afraid.”

For 30 days the activist Katherine Nenasheva will be living her regular life wearing a prison robe of a female convict. She goes to exams, takes meetings, goes to the movies, gets groceries, goes out – she continues her daily life.

June 12 is the 18th day of Katherine Nenasheva’s action and also Russia Day – an important holiday in Russia that celebrates our flag and Constitution. On this day I am joining Katherine to sew a huge Russian flag in the same prison uniform that I wore during my time in the prison camps.

Tolokonnikova and Pussy Riot member Maria Alyokhina famously served two years in prison in Siberia after staging a protest at Moscow’s Christ the Saviour Cathedral in 2012. They were found guilty of “hooliganism motivated by religious hatred or hostility.” Since Tolokonnikova’s release, she’s remained a vocal opponent of the Russian government and President Vladimir Putin and continues to stage protests, sometimes resulting in arrest.