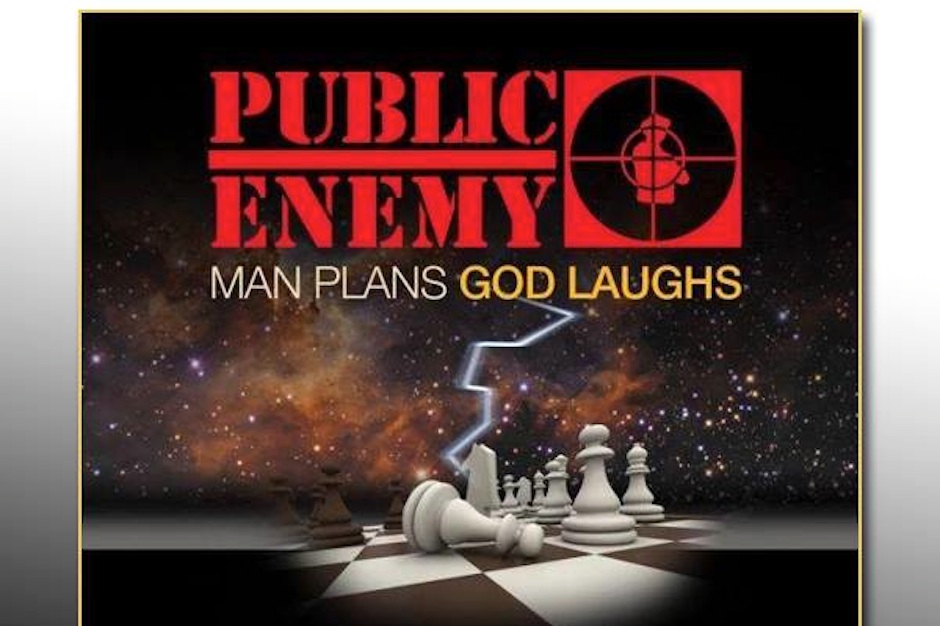 Public Enemy are set to bring the noise yet again on July 14 with the release of Man Plans God Laughs. Last week, Chuck D. and co announced the record on their Facebook page with the news that it’ll be released on SPIT Digital. In an interview with Maxim he revealed a few more details, saying that he was “inspired by Run the Jewels and Kendrick Lamar, but stayed far enough away from them to still be Public Enemy.”

As with all of the crucial Public Enemy records (including the pair that appeared on SPIN’s 300 Best Albums of the Last 30 Years), Chuck says this one will engage with the times and “[make] a comment about the 21st century in this technological yet still political world.” The record will also apparently include a version of the Rolling Stones’ “Honky Tonk Woman” called “Honky Tonk Rules,” so if nothing else, that’ll be worth looking out for.

For more on Public Enemy, read SPIN’s 1990 interview with Chuck D. about Fear of a Black Planet.