The massive corporation, along with Chevron, Walmart, and Starbucks, issued responses to the critical record 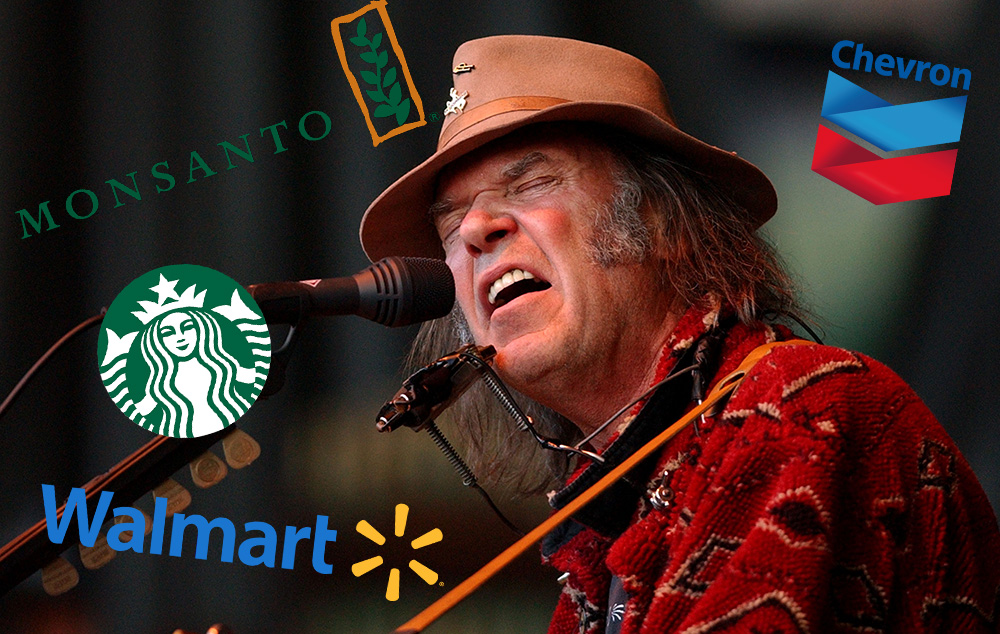 The massive food and biotechnology corporation Monsanto was the chief target of Neil Young’s just-released protest album, The Monsanto Years. To the surprise of no one, the company disagrees with Young’s criticism, as do many other conglomerates that the singer-songwriter lashes out against over the course of the album. Billboard reached out to several of the companies and provided them with copies of lyrics mentioning them and asked for a response. Monsanto, Starbucks, Chevron, and Walmart all issued statements.

Many of us at Monsanto have been and are fans of Neil Young. Unfortunately, for some of us, his current album may fail to reflect our strong beliefs in what we do every day to help make agriculture more sustainable.  We recognize there is a lot of misinformation about who we are and what we do – and unfortunately several of those myths seem to be captured in these lyrics.

Starbucks has not taken a position on the issue of GMO [genetically modified organism] labeling. As a company with stores and a product presence in every state, we prefer a national solution.

As you might have seen recently, Walmart raised its lowest starting wage to $9 an hour. We’re proud of the opportunity we provide people to build a career and have a chance at a better life.

I received your media inquiry, however we are not going to participate in the interview.