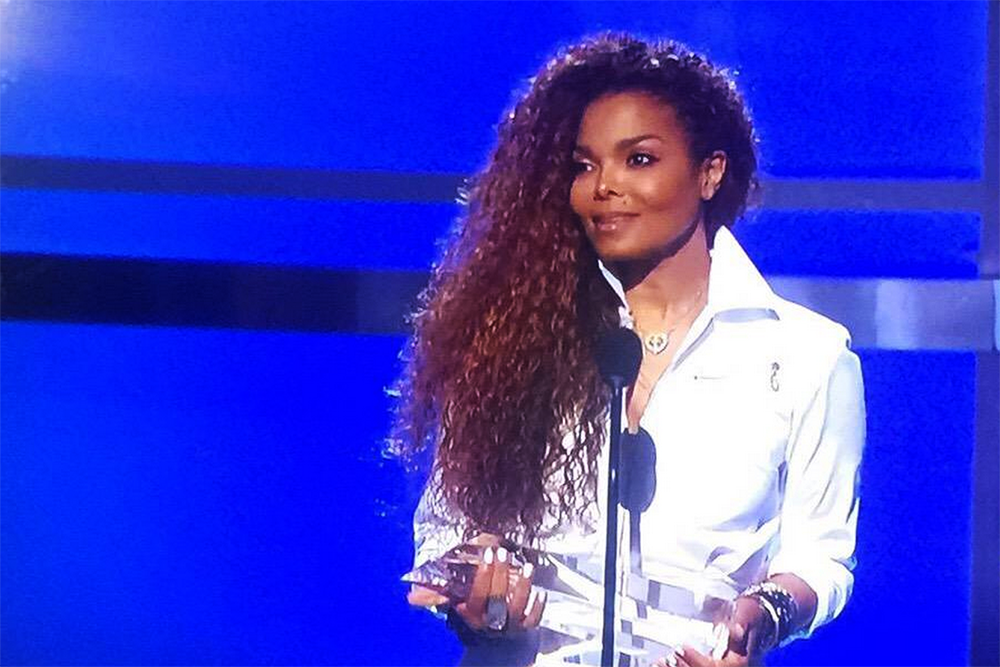 The 2015 BET Awards featured a highly anticipated and moving tribute to the legendary Janet Jackson. After a montage some of the pop queen’s most memorable moments, Tinashe, Ciara, and Jason Derulo took the stage to perform a medley of Jackson’s songs, including “Pleasure Principle,” “All For You,” “If,” and the smash hit “Rhythm Nation.” The trio finished with the sultry “No Sleeep,” off of Jackson’s as-yet-untitled upcoming album. When it was over, the seminal pop artist, and only solo-woman to have three albums on SPIN’s list of the 300 Best Albums from the Past 30 Years, walked onto the stage to full-house standing ovation before giving a heartfelt speech. “This is so heavy,” she said. “It’s been a very long journey to this moment. My heart is so full.” She went on to thank BET, her fans, husband, God, and everyone who performed in the tribute.

Before awarding the Jackson BET’s inaugural “Ultimate Icon” trophy, the networks’ president of programing, Stephen G. Hill, called her “an inspiration to many other artists,” saying she “blends music, dance and visuals in unique and groundbreaking ways.”