The 'Eat Pray Thug' artist has moves and appreciates The Arts 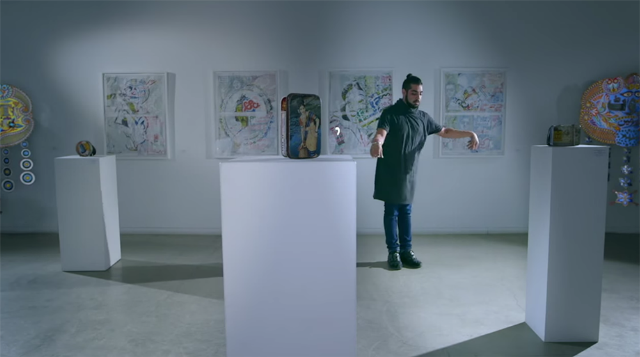 New York rapper Heems shared the second music video from his critically acclaimed recent solo album Eat Pray Thug, this time for the sorrowful anti-breakup song “Damn Bitch.” The short sees the former Das Racist member alone in an art gallery, where (according to Stereogum) he hosted a real show. Heems’ dancing skills are fluid and hypnotic, aided slightly by a couple jittery, GIF-like loops, and the sense of isolation is palpable as the song raps a tale of woe and a toxic, inescapable relationship. Watch below, and check out his Hannibal Buress-featuring video for “Sometimes” from earlier this spring if you missed it.