This was the sisters' second session with fake, terrible publicist Janessa Slater 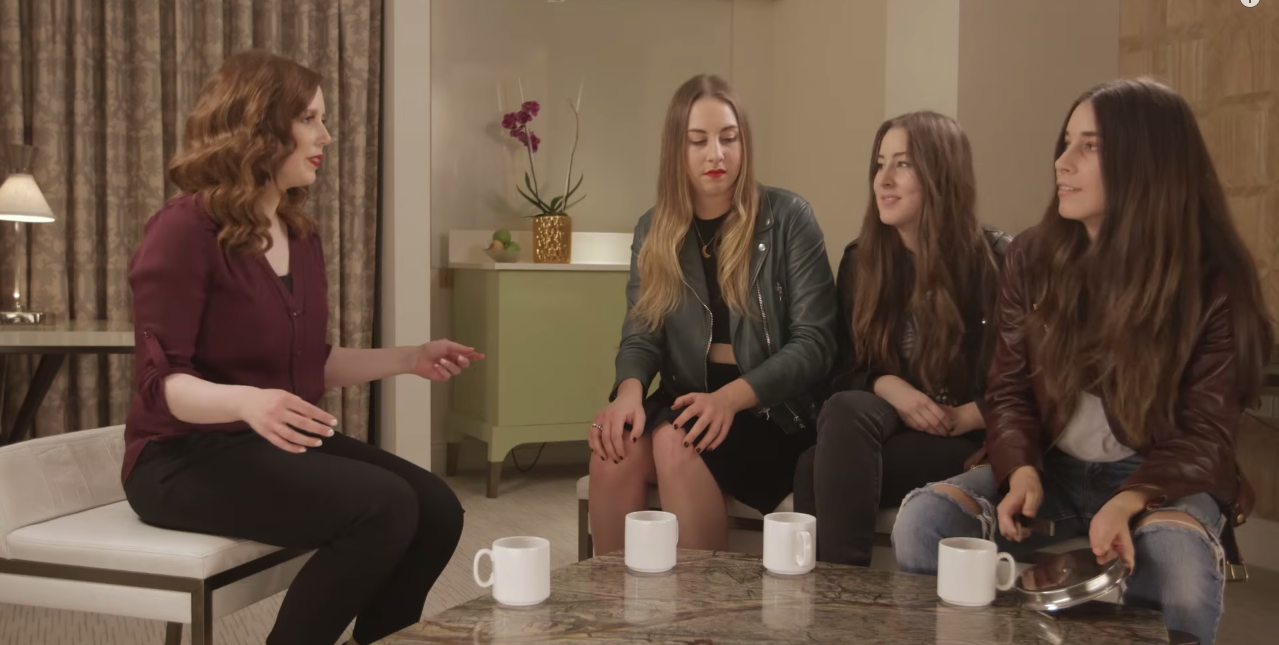 HAIM have quite the history with Vanessa Bayer, the SNL comedienne who plays publicist Janessa Slater, star of the very un-sound but also hilarious Sound Advice series. The sisters (minus Danielle) guested on the show in July of last year; the band then recruited her a month later for their own fake talk show.

Now they’re back for another delightful episode. This time, Bayer accosts them for wearing leather jackets (“It’s like, did somebody call the Fonz?”) and “this cool girl thing” they’ve got going on before embracing them as sisters and trying to join the band. Watch the full clip here.