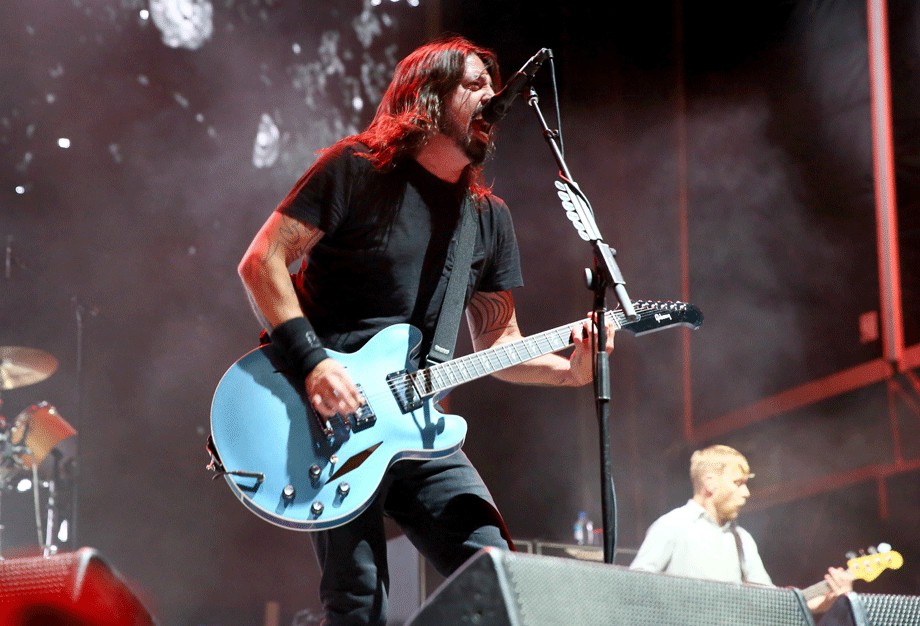 Despite having to cancel a handful of European festival dates, it would appear that, broken leg or no, Dave Grohl is back in action. In a post on their website yesterday, the Foo Fighters confirmed that their big 20th anniversary bash will go on as planned in Washington, D.C. this weekend. They’ve not posted anything as detailed as Dave Grohl’s painful cancellation note, but they did say that they “can’t f—cking wait for the 4th.” That show will also include appearances by Foos friends like Gary Clark Jr., Buddy Guy, Heart, Joan Jett, LL Cool J, Trombone Shorty, and local legends Trouble Funk.

The concerts promoters also shared a truly absurd list of banned items for the mini-fest. There’s usual suspects like cameras, selfie sticks, and animals, but you’re also apparently banned from bringing any “missile/projectile-like objects,” copies of Boys’ Life magazine, “uncured meats of any kind,” or “weird weapons that may have been used on the show Vikings.” So if you’re making your way to RFK Stadium on Saturday, take heed.