Home » Features » ‘We Butt Heads Like Hell’: Fathers, Their Children, and the Music They Make

Papa don’t necessarily preach that their children possibly endure a lifetime of 352 days a year on the road, album sales that no longer pay for groceries, and being a slave to the whims of the musical muse, but still: Many musicians owe their careers in one way or another to their fathers. If not, in any case — just like the rest of us — they at least owe being born, and maybe even a shoulder ride or two, to their dads.

In honor of Father’s Day, SPIN asked four musicians from a few genres to sound off about fatherhood and music. Justin Townes Earle, 32, waxed philosophical on his father, 60-year-old country star Steve; Mavis Staples, 75, reflects on the late Pops Staples, whose endearing posthumous album Don’t Lose This came out earlier this year; Merle Haggard, 78, spoke briefly about his 22-year-old son Ben (or “Benny,” as he affectionately refers to him) who plays guitar in his band; and Kevin Saunderson, 50, bantered with his sons Dantiez, also 22, and DaMarii, 25, who were on-hand at this year’s Movement Festival in Detroit.

Read the interviews below. 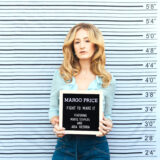 I was reading an interview that you did about Single Mothers and you said that album was about the ideas of a child turning into the realizations of a man. Did you have any such realizations making Absent Fathers?

I think, more and more of my records deal with those subjects; it’s different levels of understanding coming with age, of course. The person that wrote “Momma’s Eyes” was 20 years old, and the person that wrote “Absent Fathers” was 32, so I hope that I learned a lot. I see a lot more parallels in my father and my mother. From my mother, I get a very, very strong work ethic and need of survival. From my father, I get a very obsessive work ethic,which now I see is a little bit unhealthy. Both of my parents were very much hardworking people. It’s definitely something that has been passed onto me on the surface. I think, if you’re honest with yourself, you’re a lot like both of your parents. You may look like one but you got crazy rom both of them, no matter what.

That is very true. I know your dad wasn’t physically in your life [he left home when Justin was two years old], but were you aware of him growing up as a dad and as a musician?

He was always somehow in contact through the years, though sparse. I don’t think there is a small child alive that, when one parent is absent, especially if they’re in a situation like my father, where you hear about him all the time from total strangers — there is always a want for the one that is not there. That person seems mythical, and there is something fascinating about what they do. As a child I was very proud of what my father did. It took a bit to figure out that there was something wrong. I didn’t have many friends who had both parents in the same house, but their dad lived out in Antioch, ten minutes from where they were living. My dad was [getting married at a rapid rate, getting in a lot of trouble when I was a child, and our family drama was played out in the newspaper, and people got to remember that Nashville was a city of 400,000 people at that time. S—t got around.

Was he an influence at all on your decision to start playing music?

I was young he was part of my decision to not play music. [But as I got into my early teens, being a part of the generation that was introduced to Kurt Cobain, that started to change. There was this idea of the great songwriter that was introduced to me, and another form of it in my father. You don’t want to follow what your father does exactly, so as soon as I found another avenue, that’s where it really came down. I heard stuff like Woody Guthrie, which told me I could do this because they talked like I did. Even hip-hop had a lot to do with getting me into music.

Speaking of songwriting, it seems like a lot of songwriting material, not just for you but for a lot of musicians and artists comes most easily from having [troubled relationships with friends, lovers, and/or family members. Do you think that’s one of the key parts?

I’m really not sure. I know people that have perfectly good upbringings that were amazing songwriters. Joe Pug: he’s not a screwed-up, troubled kid. It’s not prerequisite, that’s for sure. Kids who have had tough upbringings are generally very sensitive, whether they hide it or not; there’s a certain view taken upon life that is not accessible any other way. It’s not like you’re out by the living in these way expensive townhouses next to a mall where everybody drives the same car; in a neighborhood where I grew up, grown people would have terrible fights in the street, their houses foreclosed on. It’s a lot more interesting than that bland world out by the mall.

You’ve talked in other interviews of maybe having kids yourself somewhere down the line. Would you actively encourage them to get involved in music?

I’d introduce it to them, for sure. I was around Waylon Jennings one time in my life and I was sitting down on a couch. I was about sixteen years old, playing a guitar. He walked out of the studio into the lounge and stopped right in front of me, reached out and grabbed the neck of the guitar, and just said, “Son, that thing will ruin your life.” I think in a lot of ways he was right [laughs] because I can’t do normal family things right now. It would be highly irresponsible of me — I’ve seen what happens when that comes around. I know that I need to be in a better, a different position, to not be working constantly to do something like that. Hopefully, we are smarter than our parents.

Have you ever collaborated with him?

I played guitar on a record real early on, El Corazon or one of those records. I was 15 years old and he said he was glad he could wrangle me ’cause I was already loose by that time. Then we collaborated when he made the Townes [Van Zandt] record [High, Low, and In Between] I played “Mr. Mudd and Mr. Gold” on half of the verses and we both played guitar. We butt heads like hell working together. I mean, we. Butt. Heads. Like. Hell. I play it too fast, he plays it too slow. “No, you got that word wrong.”