The 'Southpaw' soundtrack cut is not very good 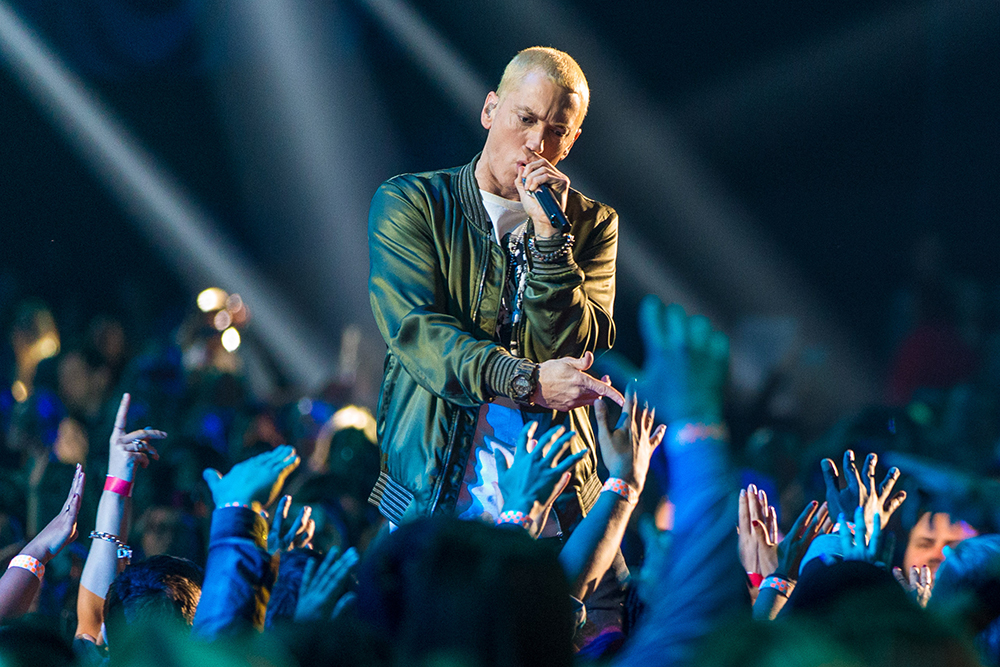 Eminem shared a new song early Monday morning, a cut from the Southpaw soundtrack called “Phenomenal,” whose title writes a check it cannot cash. The track, which sounds a little bit like it’s being played on an old-school cassette player that’s running low on batteries, boasts an echoing, unconvincingly self-important chorus, though Shady’s flow remains impeccable. The song was co-written by Luis and Mario Resto. Jake Gyllenhaal stars as a boxer in the upcoming film, which Eminem is executive producing and was originally slotted to star in. Look for the movie in theaters on July 24, and listen to “Phenomenal” below.