Or as NERVO calls it, the "Hey Ricky dance" 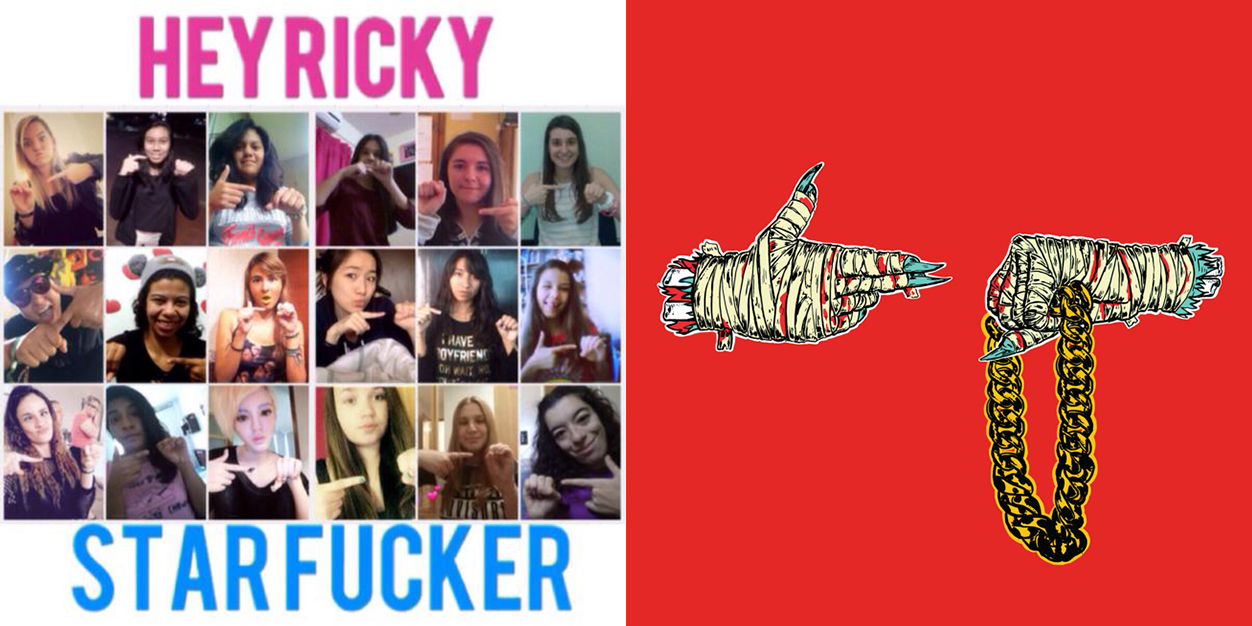 Killer Mike said it best: “You can run the jewels, or lose your fingers.” The gun and fist hand gesture is an instantly recognizable emblem of the rap duo Run the Jewels. Iconic, one might even say. So it stands to reason that El-P would be a little miffed to see the Australian DJ sister-act NERVO incorporate the symbol as part of a dance for their song “Hey Ricky.” In a tweet on Wednesday, they shared a collage of fans making the RTJ symbol, or what they called “their #HeyRicky dance.”

Chuffed to see our fans all doing their #HeyRicky dance. Took us an hour to learn! >> http://t.co/AYV6O2oTWR pic.twitter.com/8rmuWk9P0t

El-P, for his part, responded to the familiar hands by sharing the tweet and adding “come on, son.” He also retweeted producer Just Blaze, who pointed out the similarity.

While Mike and El-P clearly don’t have a monopoly on that particular arrangement of fingers, and probably weren’t the first people to ever make it, it’s hard not to associate the gun and fist with Run the Jewels in 2015. So, maybe lose the fingers, NERVO?