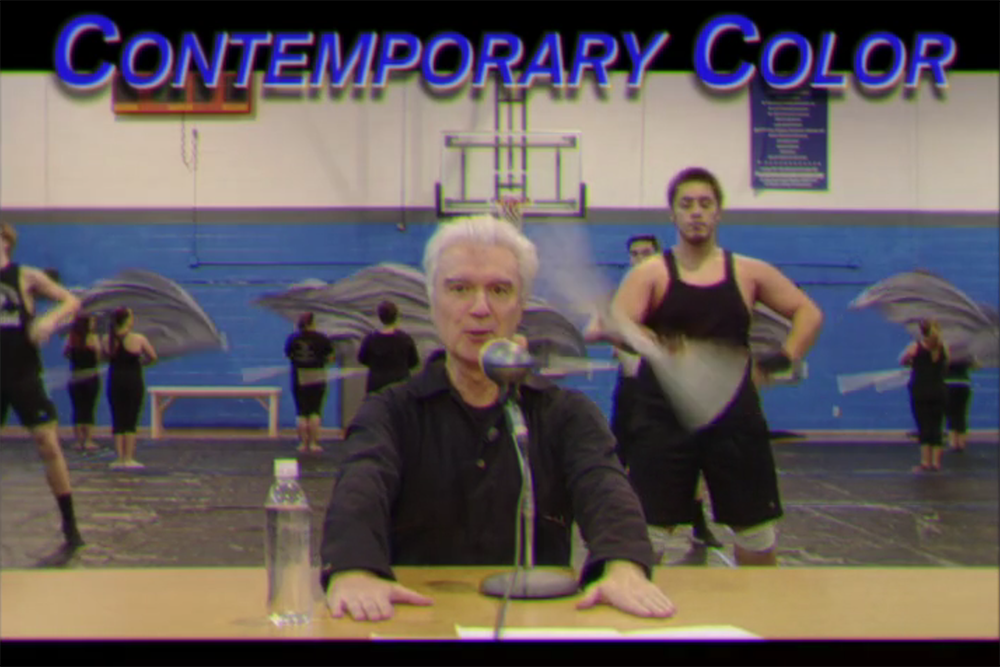 During last night’s Luminato Festival at the Air Canada Centre in Toronto, David Byrne and some of his closest friends — St. Vincent, Dev Hynes, Nico Muhly, tUnE-yArDs, Ad Rock and Money Mark, and plenty more — premiered their musical/color guard (that’s flag-twirling for the uninitiated) show, Contemporary Color. That alone might not be the most thrilling of news were it not for the fact that each musician paired a new, original composition with the color guard performance.

Though full videos are still hard to find of the show, the former Talking Heads frontman premiered the unexpectedly touching “I Was Changed” with the Brooklyn five-piece Lucius, while the Beastie Boys’ Ad Rock and Money Mark debuted “Unexpected Elevations.” Even This American Life host Ira Glass showed up for a spoken word piece alongside Muhly. Videos of that and more are all below.

Contemporary Color will make its way to Brooklyn’s Barclays Center this weekend. Tickets are here.