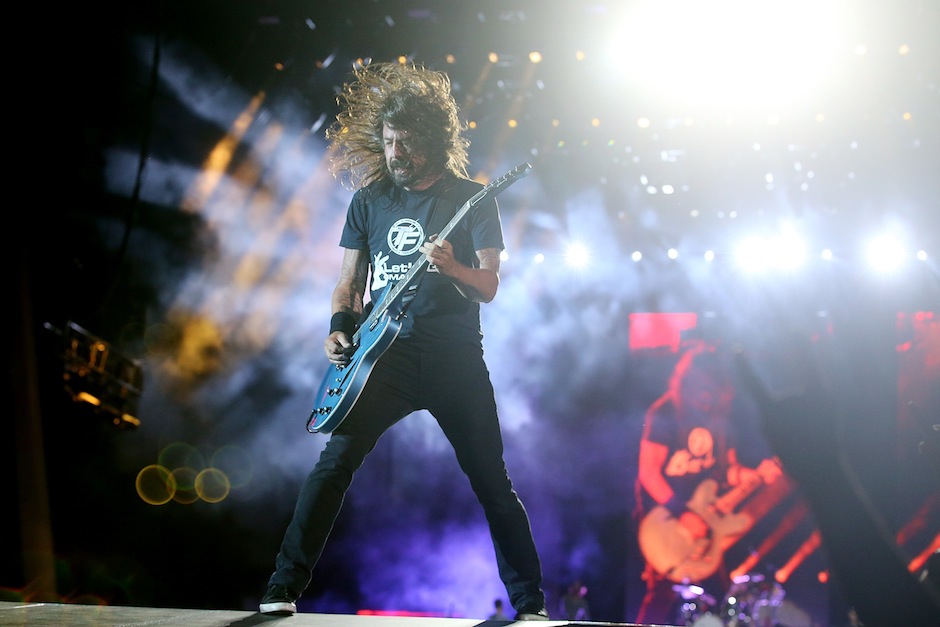 Now that Foo Fighters have been forced to cancel all of their remaining European tour dates, Dave Grohl has finally opened up about the injuries that he sustained after falling offstage last week in Sweden. In a new blog post over at the Foo Fighters site, the band’s frontman detailed “the single most bizarre Foo Fighters show in the entire 20 years of being a band.” After making a “mad dash” during “Monkey Wrench” he says he “wound up feet first over the Edge” before hitting the ground and breaking his fibula “like an old pair of take out chopsticks.”

He tried to get back up, but says he “crumbled like a sack of Joe Theismann” which is a pretty gruesome image, if you’re familiar. After getting patched up, Grohl explains how he convinced an EMT to come back on stage and hold his leg in place. As impressive as it all seemed from the outside, its even crazier from his perspective.

He offers a heartbroken apology for the canceled shows, but promises to “do everything I can to come back and give you a night to remember for the rest of your lives AS SOON AS POSSIBLE.” Read the full message, replete with gruesome x-rays over at Foo Fighters’ website.