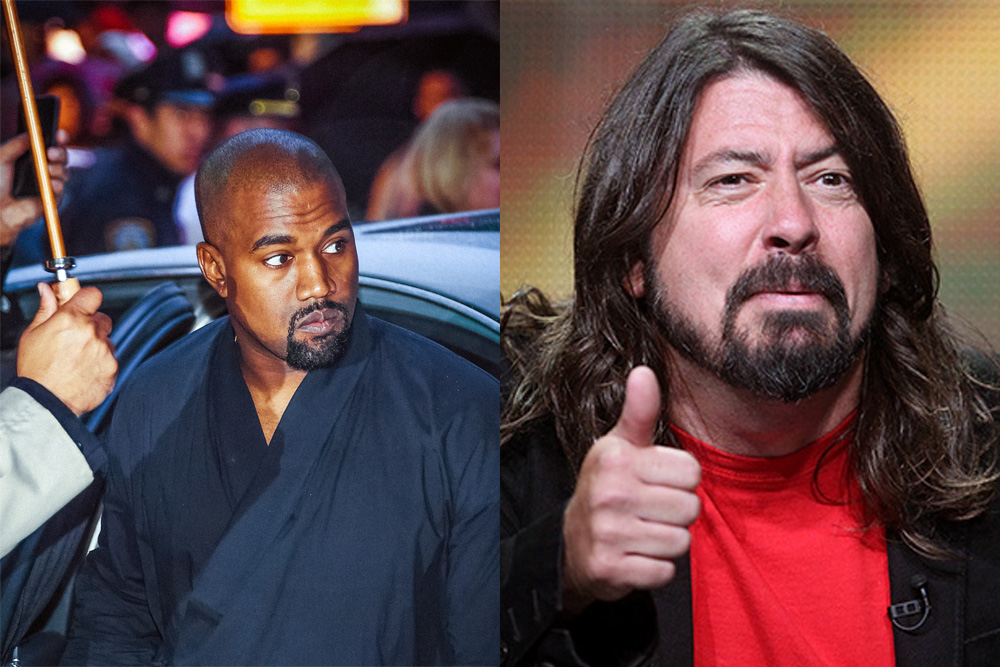 Remember a couple of months ago, when a group of 60,000 angry Glastonbury fans petitioned to have Kanye West removed as the U.K. festival’s headliner? Those cries didn’t get lost on Dave Grohl, who said in a recent interview that there’s a possibility that the Chicago rapper could (via NME) “walk out there and have 100,000 people bottle him on stage.”

The Foo Fighters frontman expanded on those thoughts: “He could [also] walk out there and show the world that nothing else matters except for that moment. And I’m sure that is what he will do.” He also went on to speak about ‘Ye’s legendary ego: “”I think maybe Kanye’s personality might be harder to swallow than his music. But these are the moments that make for great moments in the history of rock ‘n’ roll.”

We’ll see how West’s headlining slot is perceived when the festival kicks off on June 24.