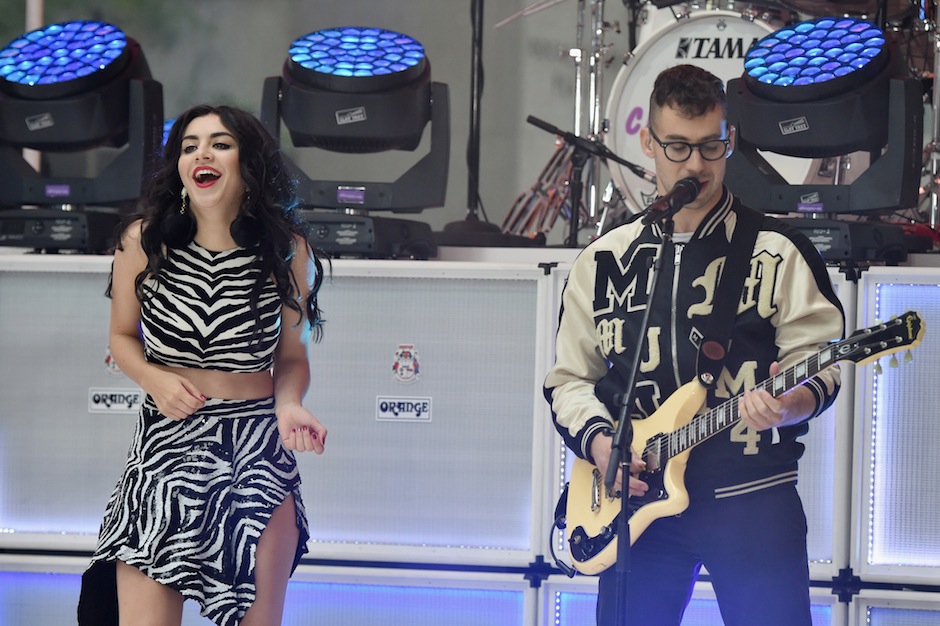 Charli XCX is in New York City today to make a stop at this year’s Governors Ball Festival, but she also was able to squeeze in another show while she was in town, on an episode of The Today Show. Earlier this morning, Charli and her future tourmate Jack Antonoff (of Bleachers) took to the stage at Rockefeller Plaza to blast out some early morning dance-pop.

The Today Show crew has already shared a video of Charli’s Sucker track “Doing It,” which features background vocals and lead guitar histrionics from Antonoff. It’s a pretty solid performance, especially considering that, in the preceding interview, Charli said that she hadn’t slept yet. Hopefully she can catch a few winks before her 3 p.m. set at Governors Ball.

XCX and Antonoff are set to head on a co-headlining tour this fall and they just announced more dates together. Check those out here.