Her character, Kei-ko, is set to be ground-up and made into oil in the cartoon's season finale 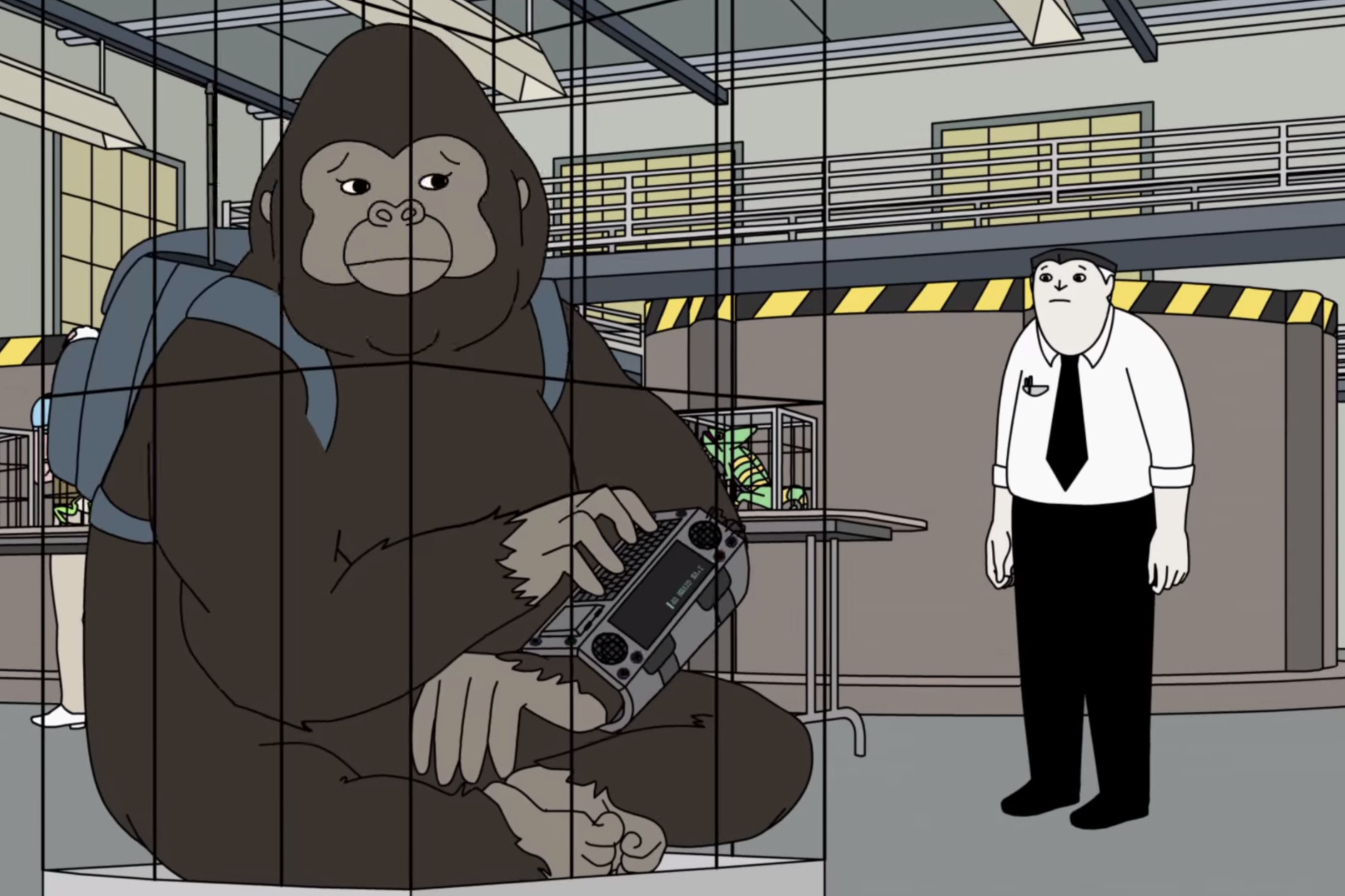 Adult Swim is a very musical-minded network, and they tend to get a lot of great artists from the alternative and indie worlds to help out with their various weird, stoner-friendly products. So it’s not that unusual for someone like Cat Power to show up playing a sad, talking gorilla. The singer-songwriter is lending her voice to the season finale of the show China IL, about the bizarre happenings at the University of China in Illinois. Why is Power’s character, Kei-ko, so sad?

“Well, for one she was bread in captivity and has never been free,” series creator Brad Neely explained. “Now she finds herself in a school where The Dean [voiced by Hulk Hogan] is turning living animals into fuel, skipping the “fossil part.” She has never fully lived and soon her life will be over. We based her character, and speaking device off the gorilla in Congo.” (via Pitchfork) So, yeah, it’s an interesting show.

The song Power sings in the clip, “I’m Starting to Lose Hope Again,” was written by Neely, and will appear in the hour-long episode that airs this Sunday, June 14, at 11:30 p.m. Eastern Standard Time. Check it out.