It's got band bios, descriptions of the festival grounds, a pronunciation guide, and more 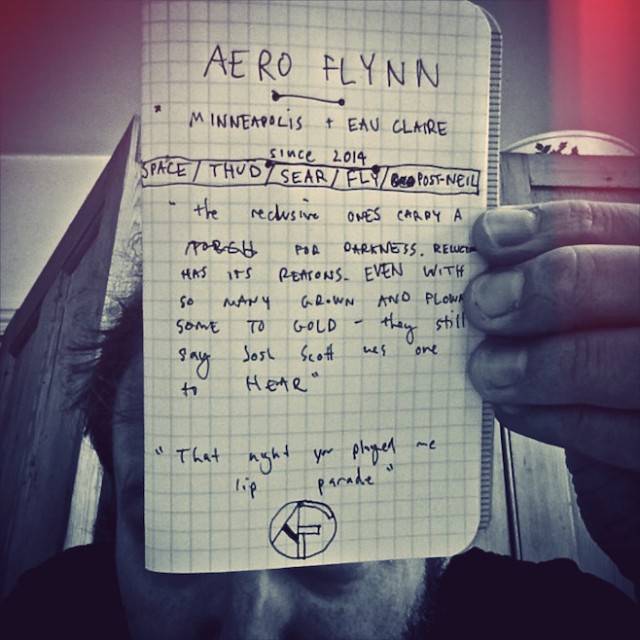 Bon Iver’s Justin Vernon has co-designed a digital guide to his and the National’s Aaron Dessner’s upcoming Eaux Claires Music & Arts Festival, which is set to take place in Eau Claire, Wisconsin on July 17 and 18 and features acts like Sylvan Esso, Low, Spoon, Sufjan Stevens, and the Tallest Man on Earth.

In his digital festival guide, Vernon included logos for every band (see above photo), plus band bios, descriptions of the festival grounds, a pronunciation guide, and more.

Festival creative director Michael Brown described how the guide — a physical copy of which every guest will receive — came to fruition in a statement on Eaux Claires’ website:

Months ago, as we were conceptualizing and brainstorming the different aspects of this festival, Justin would scribble his thoughts and ideas in a series of Field Notes. (If you’re not familiar with Field Notes, they’re small, pocket-sized journals, intended to be always at hand in the event you need to “notate” in the moment. Their distinctive appearance is the work of Draplin Design—who, by the way, worked with Justin and I to create the Eaux Claires logo. (Thanks, Draplin!)

After scribbling his way through several of these mighty little notebooks over the course of those incubation sessions, Justin felt compelled—then INSISTED—that everyone coming to this festival should have something similar. Something tangible that acts as a keepsake, guide, portal, and record of their experience at the festival. And so began an attempt to fashion a simple journal to make sure every festival attendee could walk away with something to remember the summer.