The "Dreams" singer wails on the harmonica, too 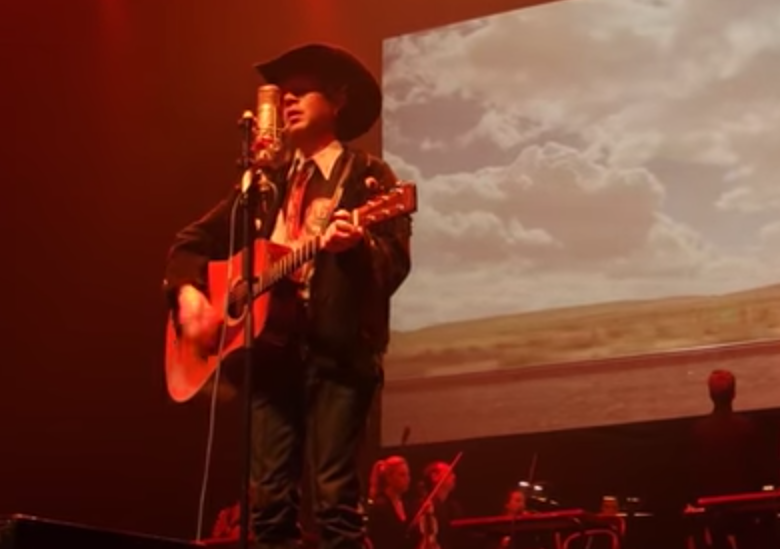 Beck’s show at London’s Barbican Centre took a Western turn last night, where he and Thurston Moore performed a part of Doug Aitken’s Station to Station project. The Guardian reports that the event was “a wild trip,” with the following details: “Beck is standing on a box, wildly playing harmonica, dressed in a black tasseled rhinestone shirt and cowboy hat, while Thurston Moore shreds his guitar, creating a tinnitus-inducing squall.”

Meanwhile, actors dressed as Old West characters, and a cowboy-booted Beck played tracks like Stereopathetic Soulmanure’s “Waitin’ For A Train” and “Wave” from the Grammy-winning Morning Phase. Watch some fan-shot footage of Beck and the former Sonic Youth member playing off of each other.