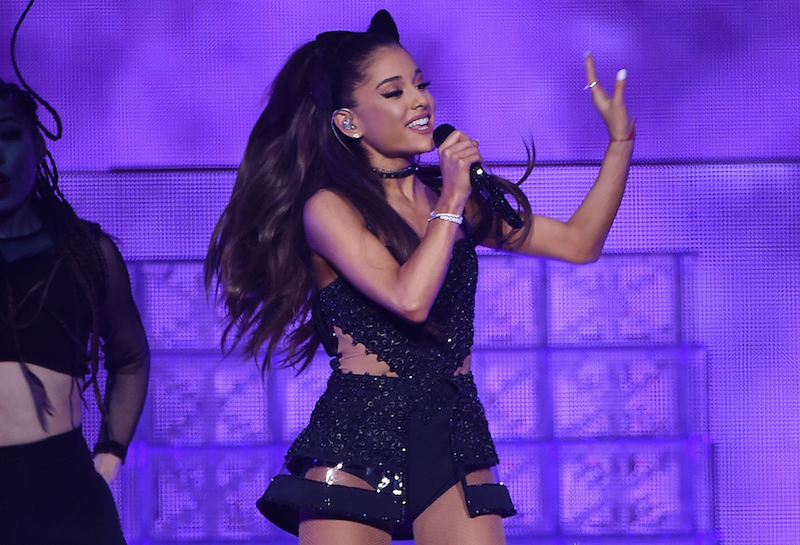 Lately, pop music’s female stars have been doing an excellent job standing up to the media’s questions and/or comments about their relationships with men and/or body image. See, for example, Taylor Swift telling a reporter she’s going home to her cats, not “lots of men”; Selena Gomez professing self-love in the face of body critics; and Kelly Clarkson’s uplifting response to fat-shamers.

Ariana Grande has been something of a leader in this area. In May she wore a sweatshirt proudly proclaiming “I have no tits!” and late last year politely told Bette Midler to stop judging her for projecting a “sexy” image. Her latest move, however, is by far the most empowering.

In response to being referred to as “Big Sean’s ex” and the possible love interest of One Direction’s Niall Horan, Grande penned an essay that she posted to Twitter, Facebook, and Instagram. “I am tired of living in a world where women are referred to as a man’s past, present, and future PROPERTY/POSSESSION,” she wrote. “I… do not. belong. to anyone. but myself. and neither do you.”

Later, she quotes Gloria Steinem (“Any woman who chooses to behave like a full human being should be warned that the armies of the status quo will treat her as something of a dirty joke… She will need her sisterhood”), calls out sexual double standards between men and women, and does lots of other awesome things. Read the whole piece below.

good luck reading this on here. #sizenegative1000font (it’s on twitter / fb as well if you care to read) thanks for your love