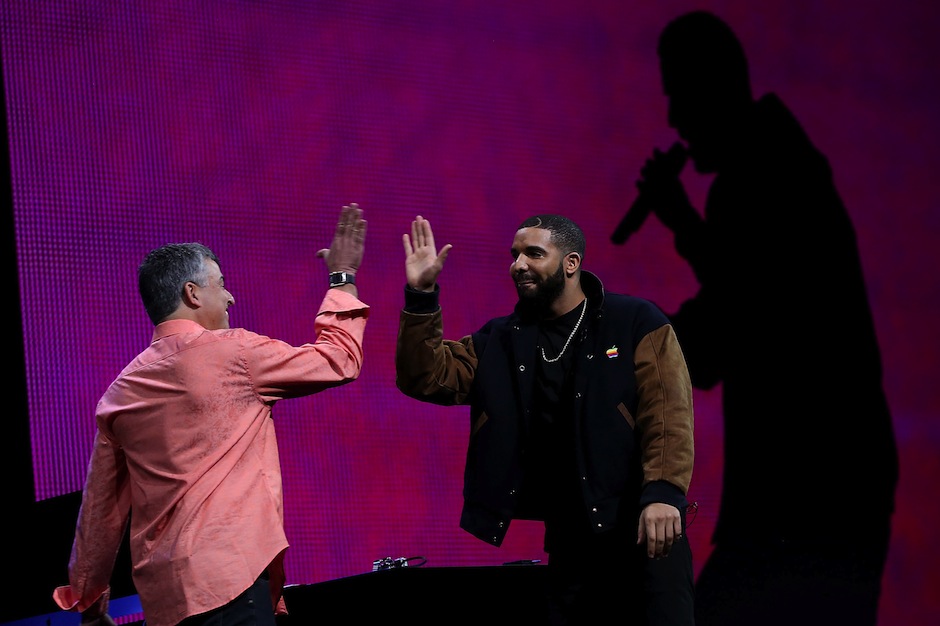 Apple’s Worldwide Developers’ Conference began today in San Francisco, and as expected the keynote speech involved the big unveiling of their new music streaming service, Apple Music. Much like TIDAL’s recent launch, the speech emphasized the benefits of the service for artists trumpeting how it will “provides all artists, even the kids in their bedrooms, a way to engage with their audience.”According to reports from Gizmodo, Apple Music will feature all of the iTunes, available to buy or stream, as well as a new 24-hour radio station called Beats 1, which will count ex-BBC icon Zane Lowe and Hot 97’s Ebro Darden, among others.

Fresh off his Governors Ball appearance, Drake stopped by to introduce another feature of the service called “Connect,” which allows artists to upload songs, videos, and photos to their own page on the site. “The dream of being a new artist like myself five years ago and connecting directly with the audience has never been more real,” he said. Drake didn’t offer a performance of any sort, but his old pal the Weeknd stopped by at the end of his keynote to debut “I Can’t Feel My Face.”

The service will reportedly cost $9.99 a month, after three free months, and family plans for up to six users will be available for $14.99. But even if you don’t pay for the service, you’ll still be able to use it to “follow your favorite artists” and listen to Beats 1. More details will undoubtedly surface soon, as Apple Music is set for release by the end of this month. It’ll hit Apple devices as soon as June 30 and then will be available on Windows and Android devices at some point in the fall. Video of the whole afternoon’s proceedings will be available soon over at Apple’s website.