Listen to the two Austinites' "coked-out" version of the original 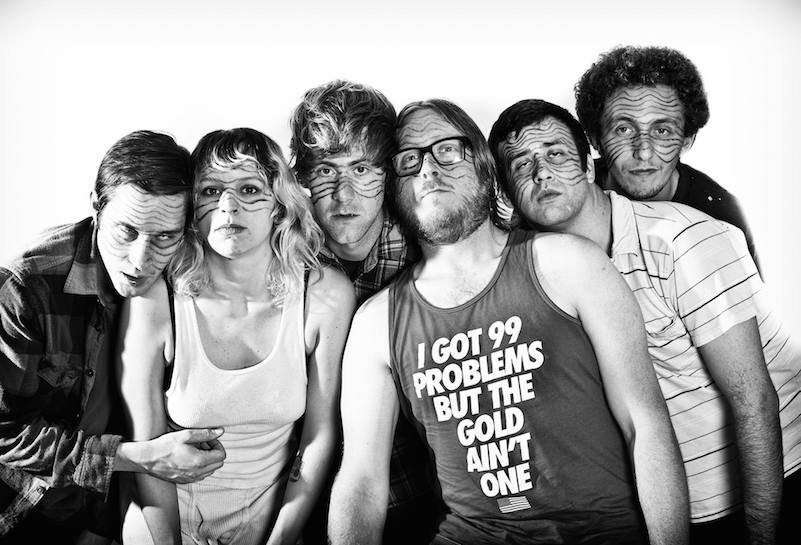 Britt Daniel puts his money where his mouth is, literally: the Spoon frontman reps fellow Austinites Sweet Spirit so hard he’s lent his voice to the wiry guitar jammers’ new fittingly titled seven-inch, Sweet Spirit and Britt Daniel. They’ve already revealed Side A, “Have Mercy”; for Side B, they covered Spoon’s Kill the Moonlight classic “Paper Tiger,” which Daniel lent his vocals to. For this version Sweet Spirit take off faster, harder, and punk-ier, replacing the original’s percussive blasts of distorted air with rapid-fire hi-hats and blasts of ska horns.

“Paper Tiger” is a song that we’ve always wanted to cover. Andrew [Cashen, co-leader] was attracted to the beautiful melody. He kept talking about giving it the Amy Winehouse beat, Winehouse with the Dap Kings. We learned the song and began incorporating it into our set. One night we had an early show at Hotel Vegas. Britt Daniel happened to be in the audience and we asked him onstage to sing with us. That’s when we whipped out this coked up version of “Paper Tiger.” I don’t know who was more surprised, Britt or the 30 people at the bar. We decided to make “Paper Tiger” the B-side to our single,”Have Mercy.”

It begins the same way as the original, with a keyboard on heavy delay starting the riff. Then the drums come in and it turns into something wild. Andrew is the second voice. I don’t want people to be mistaken, we sound so alike. He wanted me to sing it, but I think it’s heartwrenching to hear both male vocals together. There’s a lyric, “We could go kick down some doors together…” but we mistook that for “We could go kick ass in bars together!” Britt liked the revision. It stayed. “Paper Tiger” is a real crowd pleaser, especially when Britt and I are shaking it like Rod and Tina.

I remember sitting in a cubicle eight years ago. I was not playing music at this time, I was pretty miserable. I remember listening to “Paper Tiger” and thinking, “It would be really cool if a band covered this song all sped up mister post man [sic] style.” Don’t get me wrong it’s great the way it is, my brain just heard it differently. Fast forward exactly eight years to the day, Britt called me up (I have no idea how he got my phone number) and said, “You know that idea you had, we should do that.” That’s exactly how it happened. If anyone says anything different they are a fucking liar.

Listen to the cover and find Sweet Spirit’s upcoming tour dates below.

Imagine Ellis and Daniel shaking it in the below picture. 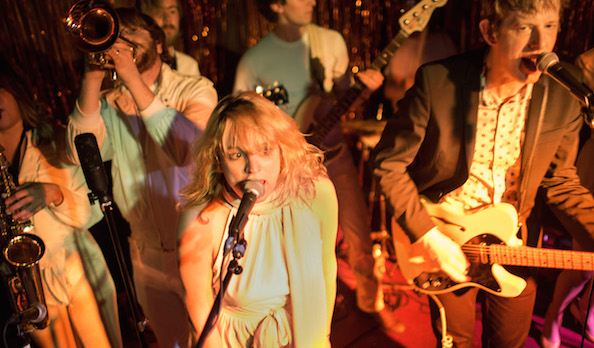