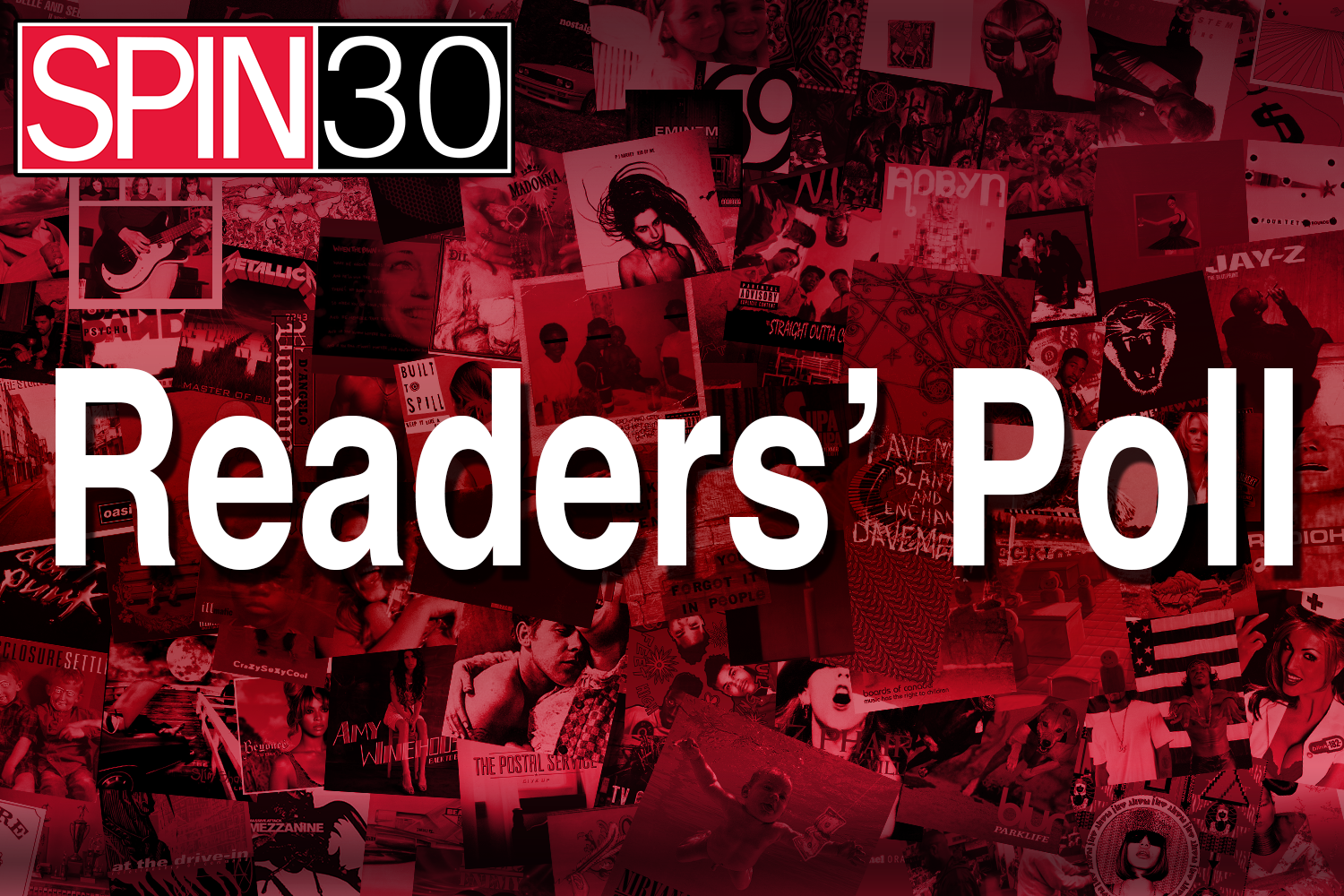 SPIN turned 30 this year, and we’ve been celebrating in a number of ways, including revisiting the artists behind some of our past Albums of the Year, and, oh yeah, ranking the 300 Best Albums of the Past 30 Years. We also opened a poll to see what our readers had to say about the past three decades in music. After looking through the results of the readers’ poll (which, full disclosure, was not scientific) we found that you agreed with some of our picks, and, ahem, fiercely opposed others. We also noticed that, thanks to the efforts of some dedicated trolls, Jedward, the novelty Irish reality TV duo, made a surprisingly strong showing across all four questions. Don’t ever change, Internet. Without further ado, here are the big takeaways from your answers.

What’s Your Favorite Album of the Past 30 Years?
When it comes to our pick for the best album of the past 30 years (sorry, spoiler alert), Nirvana’s classic Nevermind, you guys agreed. The 1991 behemoth topped both our list and the results of the readers’ poll by a decent margin. Coming in a strong second, however, was Radiohead’s OK Computer, which placed sixth on our list. Kanye West, who as we’ll later see was a bit of a divisive figure, earned a respectable number of votes for My Beautiful Dark Twisted Fantasy, (our eighth place album) and Smashing Pumpkins’ Siamese Dream made it into the top five of the readers’ poll, despite only placing a (respectable) 76th in SPIN’s list.

What’s the Best Live Show You’ve Seen in the Past 30 Years?
There were a ton of great answers and tons of specific shows or tours, but the bands that got the most votes in general were Arcade Fire, Radiohead, Pearl Jam, and Nine Inch Nails. Prince and Foo Fighters fans also turned out in big numbers.

Who Is the Most Overrated Artist of the Past 30 Years?
Kanye West by a landslide. One out of every nine votes cast for the most overrated artist was directed at Yeezy. No other question lead to such a stark result. While SPIN tends to disagree (we have given the man more Album of the Year titles than any other artist), we understand that ‘Ye inspires some strong feelings one way or another. U2 and Radiohead also got a substantial number of votes, though neither got half as many as Kanye did. Despite the strong showing in the best album question, Nirvana took fourth place, while Justin Bieber rounded out the top five. Finally, Beyoncé’s loyal Bey Hive wasn’t enough to stop readers from voting her the sixth most overrated artist.

Who Is the Most Underrated Artist of the Past 30 Years?
This was another question that really split the vote, especially because most readers were voting for their personal favorite artist who got overlooked. A couple of names got a bit of a consensus, however. Beck, who won the most recent Grammy for Album of the Year, got the most votes, followed by Wussy. Ryan Adams, Pavement, and weirdly, Kanye West also got a handful of votes.

Thanks for voting! We’ll see you all in ten years for the next one.