What years had the most albums on the list, which artists make it on more than three times, and more 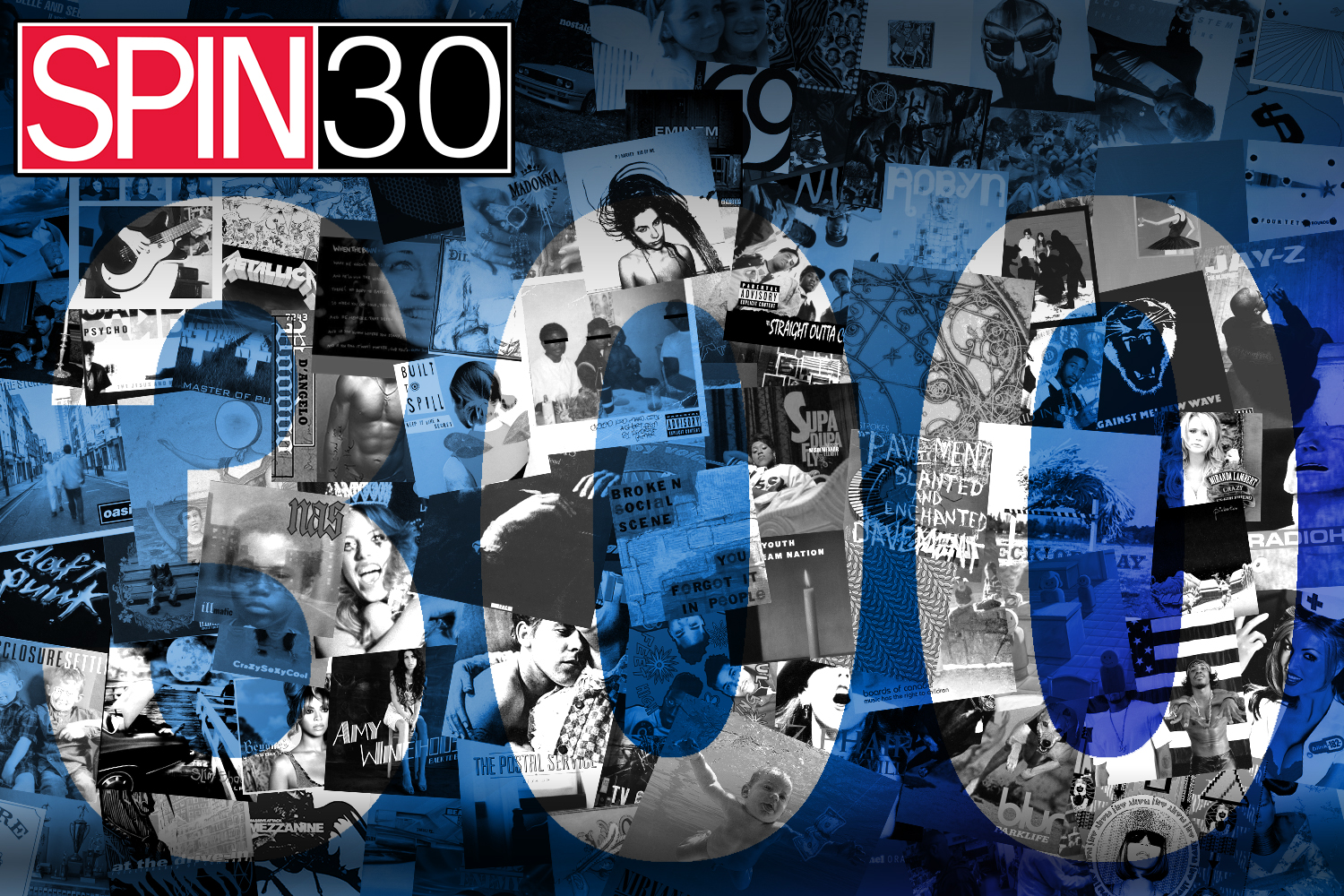 For our 30th anniversary, SPIN ranked the 300 Best Albums to come out since 1985 when the magazine was first published. It was a massive undertaking that yielded a massive list, and we’re sure many readers have taken the time to parse through, pick apart, and find things to agree or vehemently disagree with. Because it’s a lot to take in, we took the time to break the list down a little bit, and make some of the trends and facts a bit more digestible.

What Years Had the Most and Fewest Albums on the List?
Unsurprisingly, 2014 had the fewest albums on the list, with only four making the cut (Parquet Courts’ Sunbathing Animal, the War on Drugs’ Lost in the Dream, Sun Kil Moon’s Benji, and Run the Jewels’ Run the Jewels 2). The year with the second-fewest albums was 1988 — only five LPs from that year were included. At the top of the pack, blowing away the competition, was 1994, with a whopping 21 records. It was a good year. The beginning of the new millennium snagged second, with 16 albums from the year 2000 making it onto the list. In general, the mid and late ’90s placed very, very well. Here’s the full breakdown:

What Years Had the Most Albums in the Top 25?
The top 25 was dominated by the ’80s and ’90s, as every year in those decades had at least one album near the top of the list — except for poor 1995. The 21st century didn’t fare as well, with only five albums from just three years making the top 25. Kanye West’s My Beautiful Dark Twisted Fantasy was the most recent LP in the top 25, having been released in 2010. D’Angelo’s 2000 masterpiece Voodoo represented that year’s only entry into the elite class, and 2001 and 1994 both had three entries apiece in the top 25. The full breakdown is below:

What Artists Had Three Albums Make the List?
We made a rule that no artist could have more than three albums on our list to prevent it from being dominated by just a few musicians. Aphex Twin, Beastie Boys, Janet Jackson, Jay Z, Kanye West, Lil Wayne, Nirvana, Pavement, Pixies, Radiohead, Sleater-Kinney, and Sonic Youth were the 12 artists with the maximum three albums on the list.

Did Anybody Make it on the List More Than Three Times?
Technically, yes. Kim Deal made it on the list three times with the Pixies, and then a fourth time for the Breeders’ Last Splash. Ghostface Killah also made it on the list four times, for his albums Supreme Clientele and Fishscale, as part of the Wu-Tang Clan, and as the listed “guest star” on Raekwon’s Only Built 4 Cuban Linx. Several rappers made it on multiple times through features on other albums, but those don’t quite count.

What was the Biggest Fight the Staff Had While Making the List?
Daft Punk (Discovery, No. 4) vs. Prince (Sign o’ the Times, No. 3). It got ugly.

Bruce Springsteen and the Rise of Rock Populism

Atlanta Child Murders: Our 1986 Feature, “A Question of Justice”

The Berlin Wall: SPIN’s 1990 Feature on the Fall, ‘So You Say You Want a Revolution’