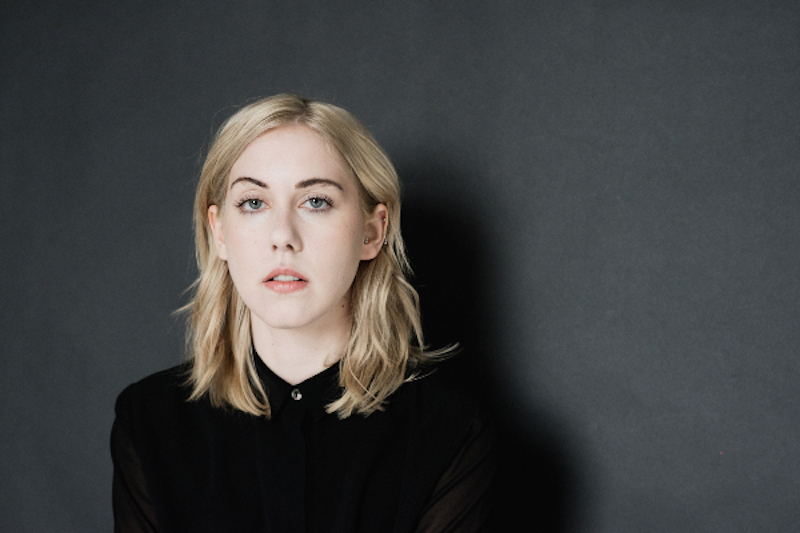 For Brooklyn singer-songwriter Torres, family plays an important role in her music. Mackenzie Scott named her musical project after her mother’s maiden name, paying homage to her great-grandfather. On the recently released Sprinter (out via Partisan Records), the 24-year-old’s sophomore record, Torres analyzes familial relationships, growing up Baptist, and, like so many before her, love. Torres spoke to SPIN about learning to have patience, love at first sight, and which literary works informed on Sprinter.

What were the biggest influences on Sprinter?
As far as musical influences go, I’ll go with what I’ve been listening to the past few years: Nirvana, Funkadelic, a lot of St. Vincent, and Brian Eno, Kate Bush, and a little bit of the Magnetic Fields. Musically, that’s what I was listening to the last year or year-and-a-half while I was recording. Thematically, it’s about alienation or otherness. I think “otherness” is a better word.

Then there were literary references. I’ve always drawn from books and poems, but I had an especially good time working with some literary references this time around. I was reading a lot of Cormac McCarthy, Joan Didion, Ray Bradbury, and little bit of John Dunn. I’m still on a giant Bradbury and Didion kick — I feel like I haven’t even scratched the surface. There’s a bit of Margaret Atwood in there — specifically The Handmaid’s Tale and a lot of feminist lit theory.

In what ways did alienation play a role on this album?
There’s the obvious “love” or “love lost” subject. Alienation and isolation kind of go hand in hand, but the big one is romantic love. Also, alienation from family and specifically themes regarding church and hometown: All of a sudden realizing the home you grew up in isn’t really home anymore. It’s really alienation from loved ones, family, and institutions.

You grew up with a conservative, religious background. Has there been a separation from your family as a result of religion over time?
No, not separation from family; I’ve just had a personal separation from organized religion. That’s the crux of it. I’m still very much God-fearing and all of that, but the focus has shifted a bit.

“Honey” had such a big impact on your self-titled debut album. Do you think any songs on Sprinter that same weight?
“Strange Hellos” and the title track. I don’t know how these songs will sit with people in comparison to the last record, specifically “Honey.” It’s a love song — there are love songs on this record, but these songs are more family-centric. I think there are more themes addressed on this record that are not about romantic love than there are songs that do address romantic love. The songs about romantic love are the ones that are the hits. I can’t say that people will respond the same way. I hope it strikes just as much of a chord.

What’s your favorite song on the record, and what’s it about?
There’s a song called “A Proper Polish Welcome” that I’m partial to — it was either the first or second I wrote. I enjoy the melody. That song is about falling in love or love at first sight, which happens to me a lot. I’m a sucker and I fall for people pretty easily. “A Proper Polish Welcome” is about having that happen to you and realizing you’re never going to see that person again realistically. It happens every day.

You have a very chic tomboy look going on. Who inspires your style?
Johnny Cash is a big one for me. I’ll continue to name him as my primary style inspiration just because with him it wasn’t so much a specific style, it was more an attitude about a uniform. To him, his go-to was black because it just worked for him. I guess I’ve more or less stuck to that rule myself. My go-tos are generally black. I like pieces that look sleek and minimal. I like simplicity. The ’90s are back, and they say everything comes back every 20 to 25 years. That’s definitely proven to be true in the grunge scene.

Around the time of your last record you had dark hair. What made you decide to bleach it?
I had been box-dying my hair black for many years — pretty much since when I went to college. It was just time for a change. I’ve actually realized that the clothes I like to wear (primarily black) didn’t really jive with the black hair as much as I wanted it to. It’s proven to be a good move. It just works better with my color palette preferences. I’m all about reinvention.

What’s the biggest lesson you’ve learned as a musician since your debut record?
Patience, ultimately, has been the giant takeaway from the last couple of years. I don’t mean just sitting back on my haunches and not doing anything in my power to progress — I just mean so much about being in this industry is about waiting. I’ve tried to make tours, recording sessions, and all of these things happen that ultimately didn’t work out because the timing wasn’t right. I was too impatient or schedules didn’t align. I allowed myself to get really bummed out about that. I had been really impatient prior to working with Rob Ellis, who produced Sprinter. I had reached out to other producers and the timing or money wasn’t there. So, patience has been my biggest lesson.