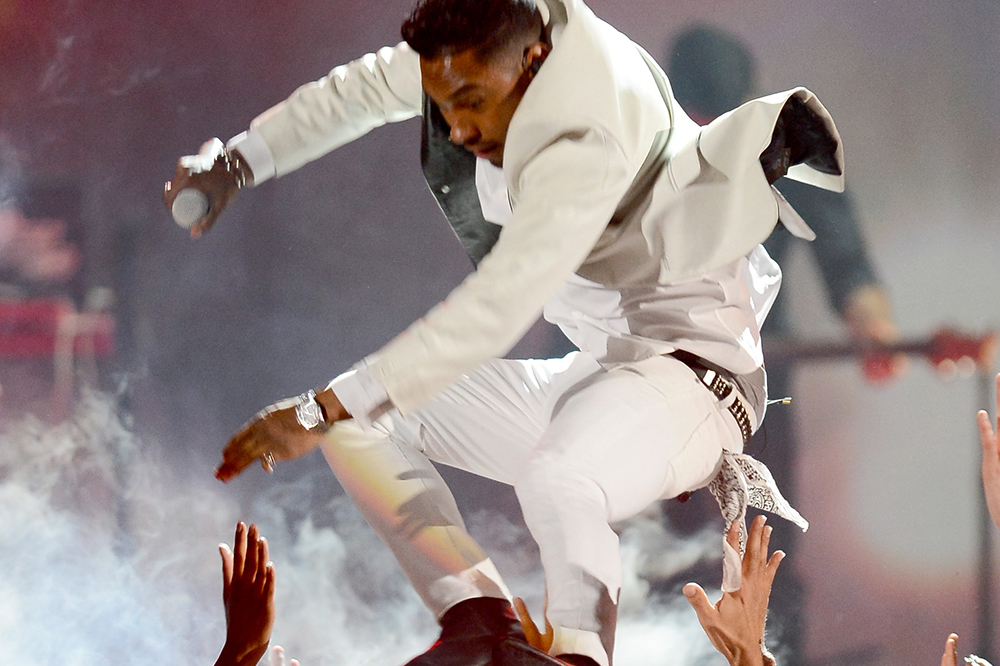 Two years ago, Miguel clocked some fans in the audience at the Billboard Music Awards when he attempted to jump over a pit filled with people and instead landed on a girl’s head. Now one of the injured parties, Cindy Tsai, is suing the R&B singer — according to TMZ — for the incident.

Tsai is suing Miguel — as well as the MGM Grand Hotel, where the event was held — for negligence and is seeking damages to cover medical bills, lost wages, and pain and suffering.

In other, better news, Miguel announced that his long-awaited Kaleidoscope Dream follow-up will be called Wildheart and is due this summer. Rewatch that ill-fated BMA dropkick below: