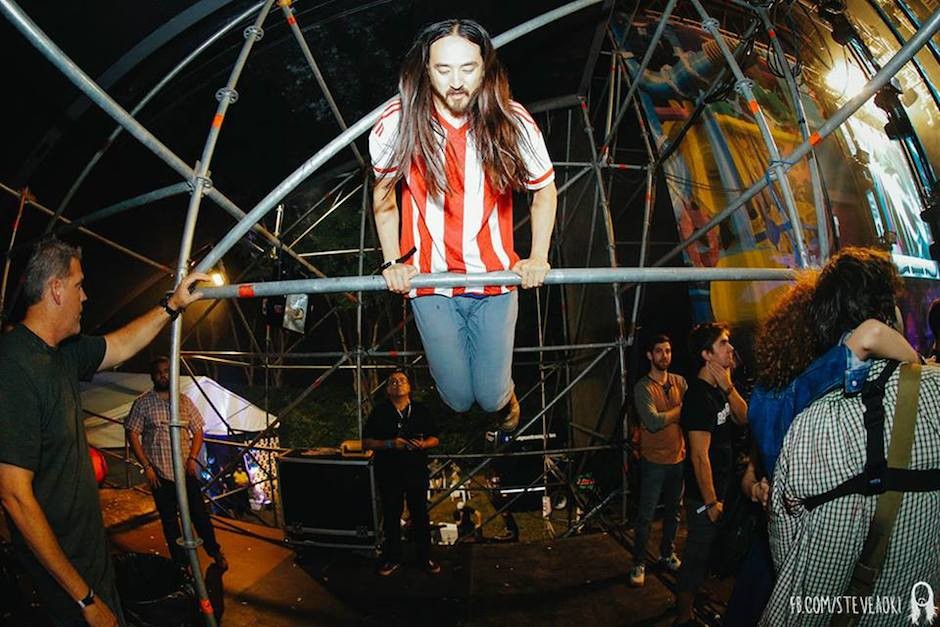 Steve Aoki, the (now only sometimes) cake-throwing, champagne-spraying DJ extraordinaire, will unleash his third studio LP next week. Neon Future II  — the aptly-named follow-up to last year’s Neon Future I — spotlights a diverse roster of guest stars including Weezer’s Rivers Cuomo, Snoop Lion, and Linkin Park. He’s already posted “Lightning Strikes” featuring NERVO and Tony Junior; now, as part of the “MTV First” initiative presented by Reese’s, you can stream the whole album and five tracks exclusive to SPIN and MTV a week before the album drops on May 12.

“I can’t wait for everyone to hear the sequel to Neon Future I,” Aoki tells SPIN. “Putting these two albums out is the biggest feat of my career and it’s going to take you into the future and beyond!” Take a listen after the track list below.

* Exclusive tracks for streaming on SPIN and MTV

Check out this awesome Album Premiere from Steve Aoki!