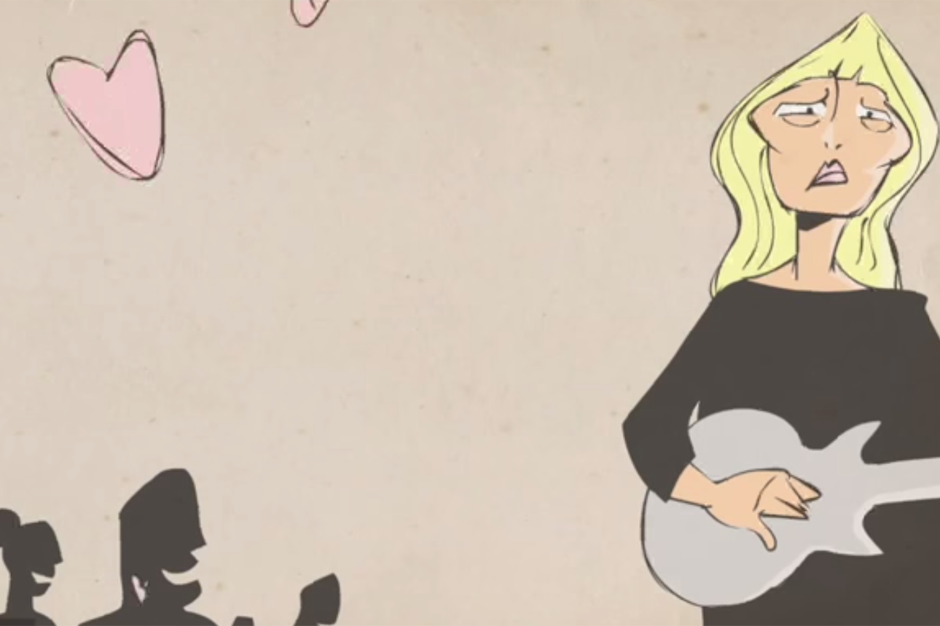 Joni Mitchell is the latest icon to be featured in PBS’ Blank on Blank series (others include Lou Reed, Dolly Parton, and B.B. King). Animated into a short film, the clip contains audio of Mitchell giving an interview to music exec Joe Smith in 1986, where she talks about whether or not she writes “commercial” records, buying wigs to disguise herself, having no regrets, and coping with her recognizability.

“I never really wanted to be a star,” she says in the discussion with Smith. “I didn’t like entering a room with all eyes on me. I still don’t really like the attention of a birthday party. I prefer Christmas, which is everybody’s holiday. It’s just my nature.” Watch (and listen) to the entire clip below.