Famous friends and all, this one's a gem in the rough 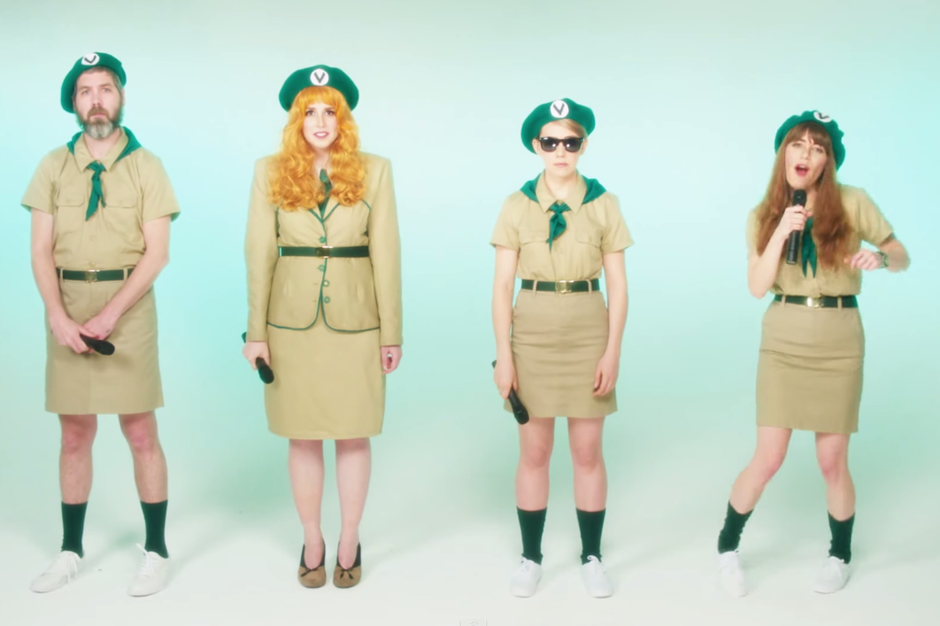 More than a year removed from the release of her stellar record The Voyager, Jenny Lewis has just released the music video for that project’s emotional powerhouse of a standout, “She’s Not Me.” Lyrically, the song digs deep into the dichotomy of desire and acceptance, but in the visual, Lewis goes for broke, pacing around a prison cell in her rainbow-splattered suit before jumping into a series of elaborate dream sequences.

Highlights include The Gilded Gals (Zosia Mamet, Vanessa Bayer, and Fred Armisen all show up alongside the singer, who’s soon decked out in a Troop Beverly Hills-esque outfit) and The Voyager, a Family Vacation-inspired movie poster styled identically to that of the 1989 movie The Wizard. You may see no better music video this year. Watch “She’s Not Me” below (be ready for Feist as a priest).