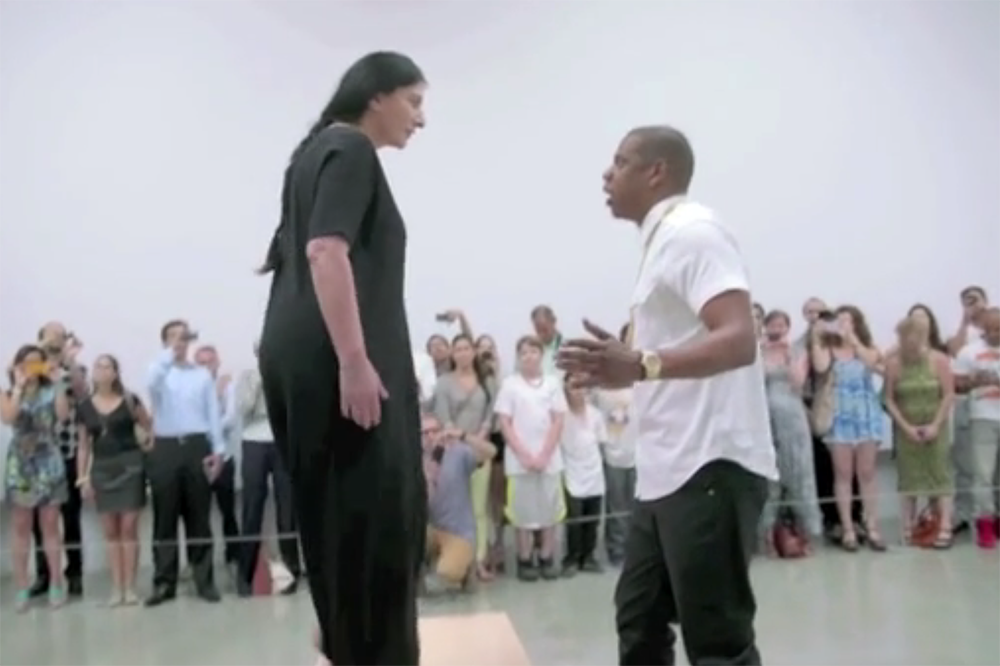 Update: The Marina Abramovi? Institute has issued a statement regarding the controversy, confirming that Jay Z did indeed make a donation, but they did not inform Abramovi? of this fact.

Two years ago, Jay Z took a page out of visionary performance artist Marina Abramovi?’s book and at sat in New York City’s Pace Gallery for six hours playing “Picasso Baby,” off of Magna Carta Holy Grail, in an homage to Abramovi?’s piece, “The Artist Is Present.” She and several other luminaries in the art world made appearances, and it appeared to be a nice meeting of high culture and pop culture. However, according to a recent Spike interview with Abramovi?, she says she’ll “never do it again,” and that Jay Z never made good on his promise to support the Marina Abramovi? Institute in exchange for getting permission to adapt her piece. She also claimed that the museum goers that participated in Jay Z’s performance were also used, and “came out with nothing.”

“I will never do it again, that I can say,” she told Spike. “Never. I was really naïve in this kind of world. It was really new to me, and I had no idea that this would happen. It’s so cruel, it’s incredible. I will stay away from it for sure.”

Jay Z’s people are denying at least one part of her claim. According to “Picasso Baby” producer and art gallery owner Jeanne Greenberg Rohatyn, Hova did make a donation to the institute. Artnet reported that Rohatyn read them her copy of the receipt over the phone Wednesday, and that it bore the number “W984804″ and “acknowledges a substantial donation.”

Whatever the real story is, the bottom line here is that Jay Z might have knowledge of the streets and the music industry, but perhaps he wasn’t prepared for just how cutthroat the art world is.