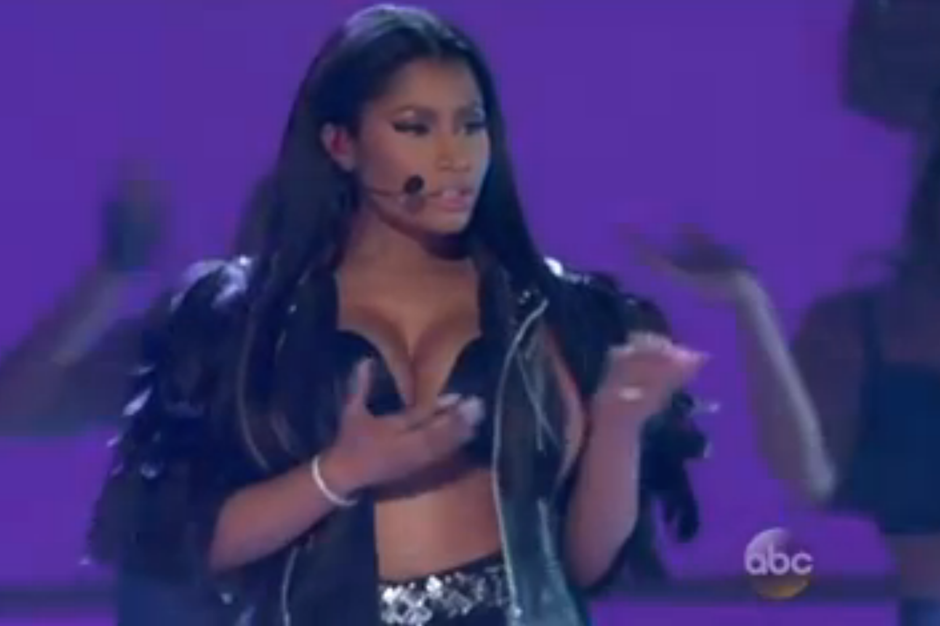 After the slow ascent of “Hey Mama” from album cut to certifiable success, Nicki Minaj and David Guetta joined forces to perform the French DJ’s single live for the first time at tonight’s Billboard Music Awards. Opening with her poppiest Pinkprint single, “The Night Is Still Young,” the Queens rapper brought choreography and a healthy dose of live spitting to the stage before joining Guetta for his squawking new one.

Guetta and Minaj also dropped a “Hey Mama” music video earlier in the day, which is below, although be warned: Nicki very clearly filmed her part separately from the other two, splicing in her footage via green screen. That said, she walks away with the video in the palm of her hand. Watch that, and her BBMA performance, below.