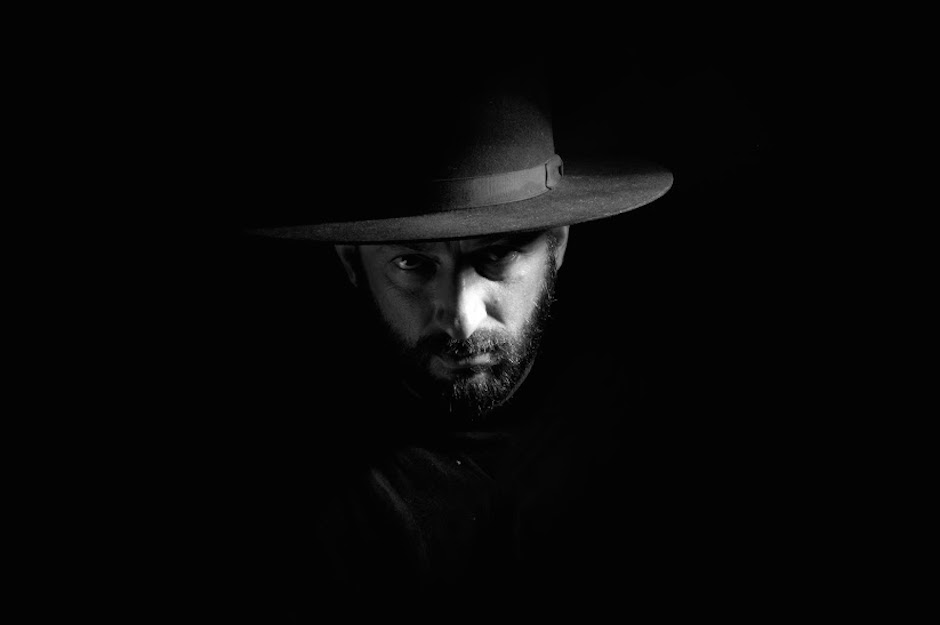 Some of the exotic strings, vocalizations, and woodwinds filtering like sub-Saharan winds through producer and DJ Damian Lazarus’ sophomore LP, Message from the Other Side, came to him the normal way: He heard them in a film, or were introduced to him. Some of them, the Londoner-turned-Angeleno tells SPIN over email, “found their way to me during a séance.”

While that’s not necessarily a translatable experience to the listeners who tune into Lazarus’ world-music-centric podcast, Lazpod, the first listen off his album to be released under the name Damian Lazarus & the Ancient Moons, is very much immersive. “Sacred Dance of the Demons” ping-pongs over a jubilant chorus, seamlessly interspersing recognizable and unidentifiable sounds from his hopscotch around the globe.

For Message from the Other Side, which was finally recorded mostly in London and Mexico, the Crosstown Rebels label head recruited a gamut of collaborators: producer James Ford (Arctic Monkeys, Florence Welch),Egyptian percussionist and Jimmy Page and Robert Plant collaborator Hossam Ramzy, and rising L.A. singer-songwriter Moses Sumney.

Though the album doesn’t arrive until May 18, Lazarus has compiled a Spotify playlist of Message from the Other Side’s influences, which you can listen to below after reading our brief but illuminating conversation with him.

What was it like working with the international artists who appear on your album?
Enlightening, beautiful, and eerie.

Can you share an anecdote from your travels to record and sample them?
I found a unique way to work with legendary Quwaali singers Fareed Ayaz and Abu Muhammad. They recorded in a basement studio in Karachi whilst I oversaw proceedings from Skype in Los Angeles. That was a crazy session. Elew, the prepared pianist, on the other hand, recorded with me in London and later than night had a premonition that he was about to kill me. So we put him on first plane back to New York.

Message from the Other Side is being billed as a “band project” that showcases a different side of you, but you’ve always been a multifaceted DJ and producer. How is this a new direction for you?
This is the first time I have collaborated with such a wide spectrum of talented artists from all different styles of music and cultures. Now that I have created a four-piece band, I am experiencing life in a more rock’n’roll sense: traveling with other guys and creating killer music with other people by my side instead of always doing it alone.

Did you approach writing/recording Message from the Other Side differently than you did Smoke the Monster Out?
Yes, with this album I realized where my strengths really lie musically. With the first album, I threw all of my inspirations into one big self-indulgent melting pot, which turned out pretty well, but at the time I thought it would be the only artist album I made. Now I realize that this is what I should be doing a lot more of. Making music is essentially what I am here for.

In the 12 years since you started Crosstown Rebels, how has the label’s focus changed (with regard to artists currently on its roster and signing new ones), especially as dance music culture has transformed so drastically?
I think the focus has remained the same from the beginning. I am still passionately discovering and developing future stars of the electronic underworld, and now we have a bigger audience ready to check out what we unearth in this quest.