The songs come from the producer's upcoming full-length, 'Déjà Vu' 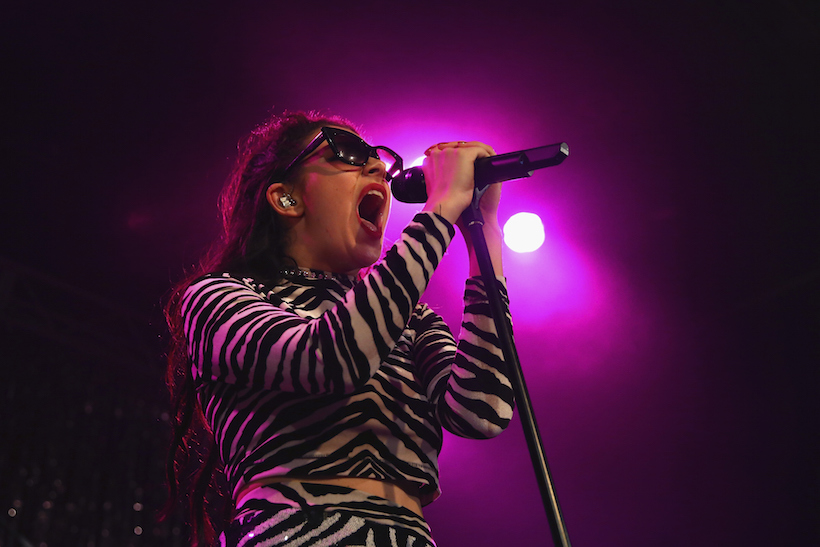 It’s been a bit of a messy era for leaks for Giorgio Moroder, the 75-year-old producer responsible for some of disco and pop’s greatest hits over the last four decades. Two weeks ago, the long-awaited Britney Spears “Tom’s Diner” remake from Moroder’s upcoming Déjà Vu hit the web a month ahead of its scheduled release. There’s also been a Kyle Minogue leak (the music video for their twinkling “Right Here, Right Now”), and the producer’s title track with Sia sprung up the day before its intended rollout.

Today is no different, as it brings three new Moroder songs: Charli XCX’s “Diamonds,” Kelis’ “Back and Forth,” and Mikky Ekko’s “Don’t Let Go.” Of the bunch, XCX’s is the strongest, a opulently dripping send-off of consumerism that doubles as a down and dirty disco thumper — complete with a spoken-word interlude in which the British pop star gets to exercise her rap muscles. “Back and Forth” finds Kelis back in her electro-rave platform heels, belting that husky growl atop immaculately stacked synthesizers. As for the Mikky Ekko song, it is music that exists. Stream all three right here before the leak gets plugged, and pick up Déjà Vu when it hits shelves on June 12.