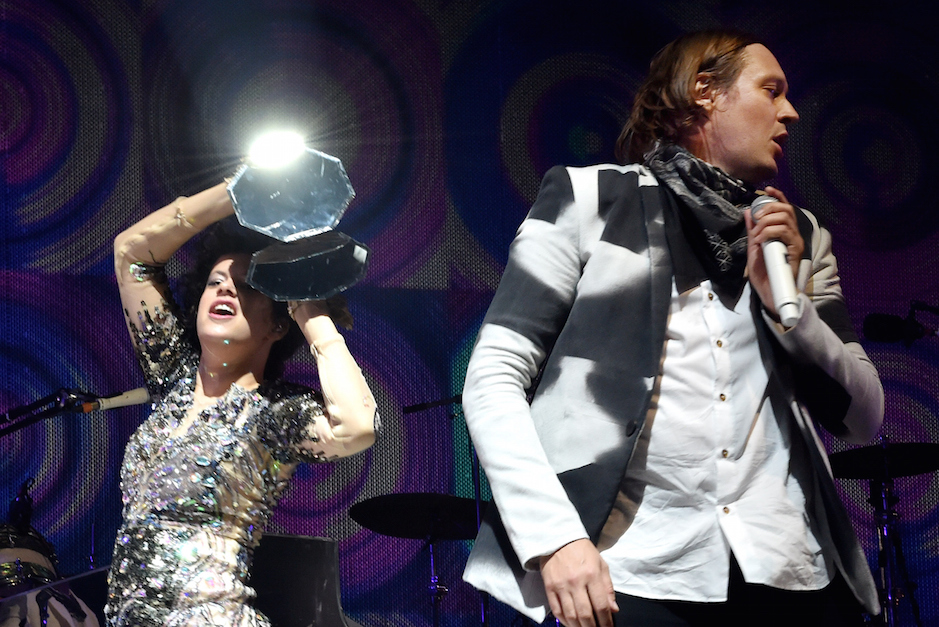 Back when they were signed to Merge Records, the Arcade Fire used to fly down to the label headquarters in Chapel Hill, North Carolina, for the food — now it looks like Mac McCaughan will have to travel, because Win Butler and Regine Chassagne are opening up a Haitian restaurant in Montreal. How the tables have turned, literally.

Speaking to the Globe and Mail, the couple said the art- and cuisine-focused space, named Agrikol, is slated to open this summer. “Win and I have always been dreaming of a Haitian place in Montreal,” said Chassagne, who is partnering with Roland Jean and Jen Agg, another husband-and-wife team behind Toronto restaurants Rhum Corner, the Black Hoof, and the logically named Cocktail Bar.

Butler explained their concept in a little more detail: “It’s more of an art project.” The idea is that it’s a cultural space. The thing that we were really impressed with at Rhum Corner is that it’s this space for Haitian and Caribbean culture and it’s really cool and contemporary. Régine’s family moved to Montreal from Haiti, like a lot of Haitians, and moving to this tundra, you know…” (After this winter, even those of us not from a tropical climate do know what that feels like.)

The Arcade Fire have always been invested in Chassagne’s birthplace, whether seeking inspiration there for their last record, 2013’s Reflektor, or getting very involved in raising funds and resources for Haiti in times of strife.