SPIN 30: Your Hard Drive Reminisces About Beating ‘Kid A’ and a Simpler Time Before Tidal

We're revisiting a few of our picks for Album of the Year — today, the victor over 'Stankonia' and 'Kid A' 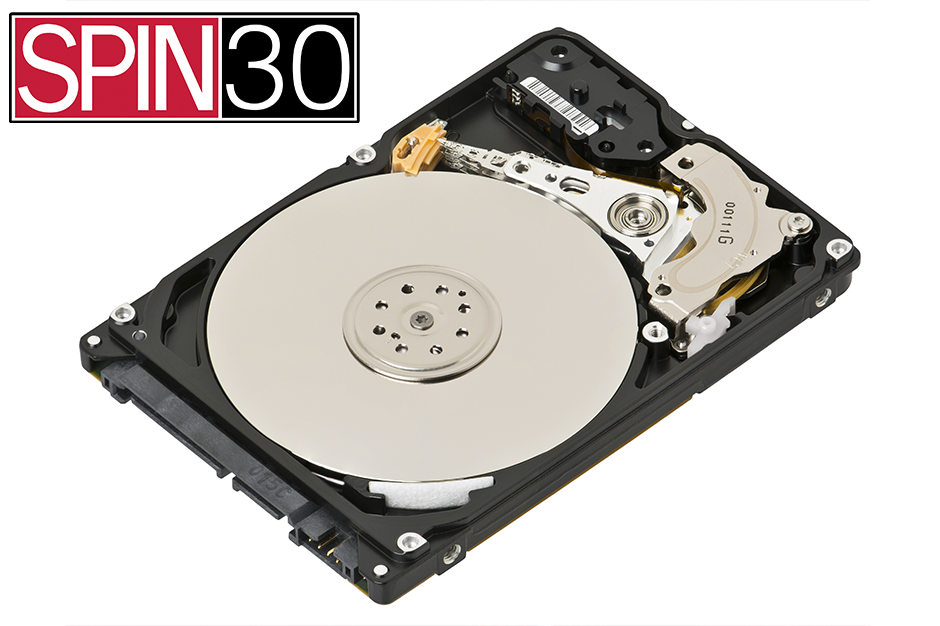 On March 19, 1985, the first issue of SPIN hit newsstands. To celebrate our 30th anniversary, we’re revisiting a handful of records that the staff has previously awarded “Album of the Year,” a distinction the magazine started giving out in 1990.

The new millennium brought with it an incredible new era of music, especially as Radiohead cemented their status as Nirvana’s successors to wear the Only Band That Matters tag — their audacious dystopian odyssey OK Computer gave way to the interstellar tundra of Kid A, a predominantly ambient work atop the Billboard chart, that began with a song in 10/4 and just four sung lines, then only got stranger from there.

The year 2000 also brought us twin rap masterworks that couldn’t be more different: Eminem’s white-knuckled The Marshall Mathers LP and OutKast’s Parliament-swirled Stankonia. This is to say nothing of Ghostface Killah’s labyrinthine crime noir Supreme Clientele, PJ Harvey’s metropolitan romance Stories From the City, Stories From the Sea, or D’Angelo’s sprawling, sweat-dripping R&B revival Voodoo. Only one thing could stand taller than these: Something that could encompass all of them.

SPIN named Your Hard Drive as Album of the Year in 2000, because the age of the MP3 was upon us. What could compete with Napster, which allowed would-be $18.99 payers at Tower Records to build their own perfect album? Your Hard Drive was a musical Robin Hood, stealing from Lars Ulrich and giving to the… well, not just the poor — to anyone who didn’t want to buy 3 Doors Down’s The Better Life just for “Kryptonite.” It was a folk hero, at least up until the era of Spotify and the age of streaming services and “the cloud,” a universal library that has spent the last few years calling into question whether anyone really wants to “own” music at all.

SPIN spoke to Your Hard Drive about what may be a bygone era — though the at-times cantankerous device still remembers the good times, back when it was packed with uncountable chart hits and the sky was the 100GB limit.

Do you remember being named album of the year by SPIN?
Oh, I remember it. Woo, couldn’t wait to split a speedball with Moby and Teenage Fanclub.

I… thought Moby didn’t do drugs?
Just trust me. The dude was ratchet in his day — introduced me to vegan coke.

Did you agree with the honor at the time? You beat out Radiohead, OutKast, and Eminem, among others.
Don’t forget Steely Dan’s Two Against Nature, comrade. No, I can’t say I agreed with it. I mean, I might have been the most reliable and widely used data storage method 1975-present, and totally foundational and indispensable to the personal computer revolution, but Eminem had some of the best Fred Durst zingers of all time. Yeah, of course I agreed with it. I’m more of an Aquemini person anyway.

What’s on you now?
Less and less. It’s all clouds now. Apparently storing quarterly_report_May15.docx locally is just too inconvenient these days, never mind fucking Supreme_Clientele.m3u. This is what happens when you torrent citizenfour and never watch it. Anyway, thank fuck for the Sims. Beats the hell out of whatever glo-fi bull noise they try foisting on me now. Well, foisting, uploading. Uploading to my veins.

Do people still mention the honor to you?
The external does, but he’s an asshole.

What do you think of Tidal?
Nowhere near as good as Idler Wheel. Oh Fiona, you’ve aged like Château Margaux.

You haven’t heard of the Tidal streaming service? Jay Z, Rihanna, Daft Punk and others did a press conference…
Oh, was that when Madonna lifted her leg to John Hancock that big declaration thing?

What do you think of the transition away from traditional storage media? Early on in the iPod era, hard drives like you flourished, but these days —
Don’t even talk about early in the iPod era. It was all over by then. Hard drives are not portable. The second they started taking shit off the desk it was done. Have you ever ridden around for 18 hours in the pocket of some haircut’s skinny jeans? It’d be less traumatic to be duct-taped to their thigh. Bottom line, we’re supposed to have some fucking dignity. We sit on your desk and we check our platters for transitions in magnetization. That’s some real shit, by the way, some mechanical shit. Something with a fucking Aristotelian pedigree. Physics.

You’re saying you didn’t like to be carried around.
I’m saying you should have some respect for the physical, on the real.

Technically all that was encoded on you was just a list of numbers. Those transitions in magnetization — they represented 1s and 0s just like the amplitude of the digital signals does.
I don’t give a shit what you do with it. I’m about flow. Okay? I’m a craftsman, and I have a tradition. You know they dug my rare earths up in North Africa, right? My neodymium and shit? There are literally — write this down. There are literally rocks in me that Moses shit on. I’ve checked.

How did you —
That “rare earth” thing is not a coincidence, by the way. That’s why —

How did you check that there were rocks in you that Moses shit on?
Encarta 2000, motherfucker. First version to feature Map Treks — that’s tours all over the fucking world — plus it was right after they discontinued Bookshelf so they’d just folded Encarta Dictionary into it too. Yeah. Imagine that. People looked shit up before “the cloud.” They just waited until they got home to do it so they could get it from a trusted name like Microsoft instead of whatever random fedora hates Carl von Welsbach the most.

I had that, I think.
You think. Jesus P. Christ.

If you could say something positive — something conciliatory, maybe — to a member of the streaming generation, what would it be?
Look. I haven’t gone anywhere. I’m still here. Fuck, I’m bigger and cheaper than ever these days — Moore’s Law. Use me. You know what a FLAC is?

Yeah…
Research, research, research. You think when you use your Spotify shit you’re streaming 30 megabytes of an Eminem track? And that’s the low-quality end. I don’t care how big you make them. You can have 150-meg songs. Imagine how fucking good you’ll imagine that sounds. You vinyl hippies wanna talk about “warmth,” I’ll show you files that’ll make you think you’re getting misted with Robert fucking Johnson’s spit.

Wow, that’s a… powerful image.
By the way, it didn’t come with Encarta 2000 proper, but you could buy Encarta Africana separately, you know. It had Colin Powell. Maya Angelou.

That’s —
Quincy fucking Jones. Think about that next time you’re cuing up some homeloan ads in between “Fleet Foxes.”

Bruce Springsteen and the Rise of Rock Populism