The duo also have a new single, "Breathe to Burn" 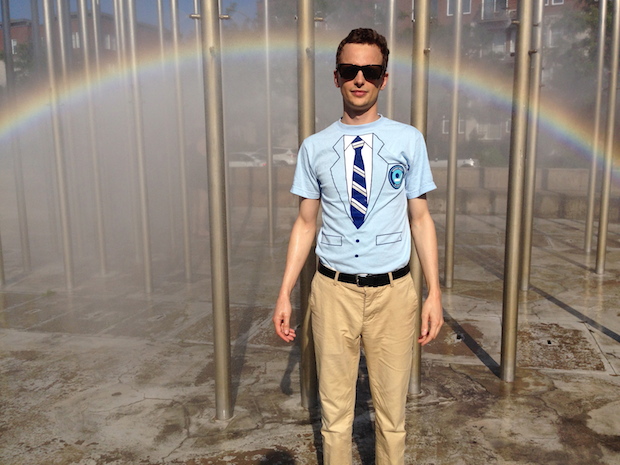 Last year, Unicorns’ Alden Penner collaborated with Michael Cera on a track called “Meditate,” and now they’ve teamed up again on a forthcoming EP, Canada In Space. A concept project about Canadian residents of a Martian colony, Penner’s EP will feature the former Mister Heavenly bassist on every song, plus a new mix of “Meditate” and new song “Breathe to Burn” (hear it below). Cera will also join Penner for a quick European tour in June and July (dates also below).

Commenting on his forthcoming EP, which drops on June 29 via City Slang, Penner said the following:

There are more Canadians than any other nationality represented in the planned Mars colony. The Canada in Space EP is an imagining of the dreams, reveries, phantasms, hallucinations, psycho-spiritual projections, naïve mythologies, actions, visions and experiences of an abandoned crew before, during and after its permanent journey to Mars; the compression of time; dispersion, fragmentation of states and generations in space; ultimate detachment & wormholes.

Michael Cera Talks “Best I Can,” His New Song With Sharon Van Etten

Q&A: Michael Cera on DIY Album-Making and Identifying With Skrillex

Michael Cera Made an Album and You Can Hear It