The Nashville quartet's fourth LP comes out next week 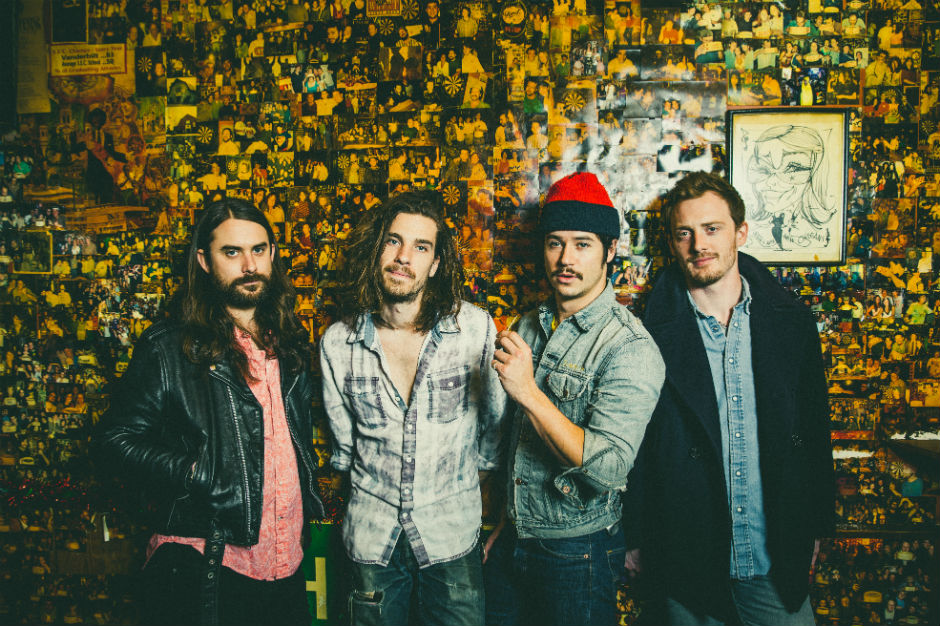 Nashville quartet Turbo Fruits definitely have all the energy and the non-saccharine sweetness that their name implies, and fourth album No Control is a solid 11-track collection of crisp, hook-filled garage-pop songs about love, drugs, death and other rock’n’roll concerns. Produced by Patrick Carney of the Black Keys, the album breezes along like the springtime, balancing power-pop gems like the quit-while-we’re-ahead plea “Don’t Let Me Break Your Heart Again” with weightier fare like the alcoholic confession “Friends.”

“No Control is my favorite Turbo Fruits album yet,” says Fruits singer/guitarist Jonas Stein. “We put some real heart and soul into it.  Partying and getting laid is fun but this go around we had some real life heartache going on.  I stayed sober for two months and it really peeled the Band-Aid off of some deep seeded emotions.” Stream the album below, which sees official release April 20 on Melvin Records / Thirty Tigers, and check out the band’s upcoming North American tour dates as well.

* with Eternal Summers
^ with Surfer Blood