Titus Andronicus Come Back Swinging With New Single, ‘Dimed Out’

The band also appears to have signed to Merge, a move from XL 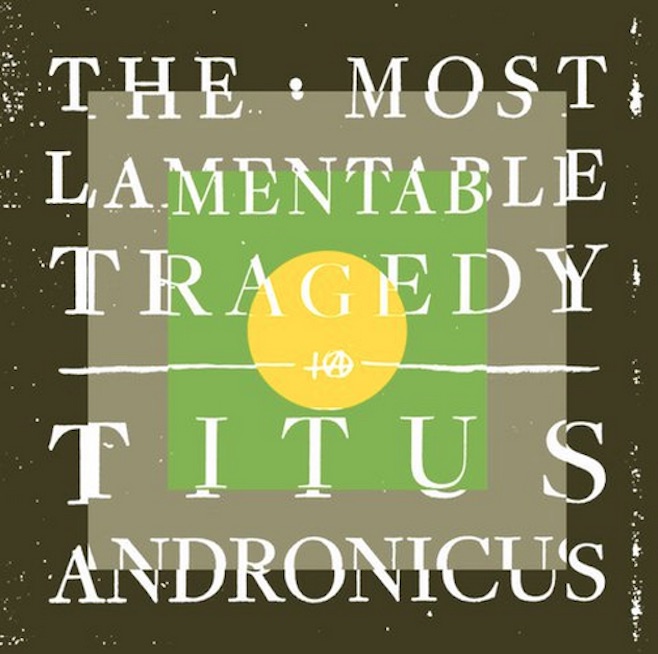 Update: A press release notes that Titus Andronicus’ new album will be called ‘The Most Lamentable Tragedy’ and will be released on July 28 via Merge. Read more below:

The central narrative of TMLT (“a work of fiction,” claims singer/songwriter Patrick Stickles) concerns an unnamed protagonist whom we meet in deep despair. Following an encounter with his own doppelgänger (an enigmatic stranger, identical in appearance though opposite in disposition), long held secrets are revealed, sending our protagonist on a transformative odyssey, through past lives and new loves, to the shocking revelation that the very thing that sustains him may be the thing to destroy him.

TMLT was produced by frequent collaborator Kevin McMahon and [email protected] lead guitarist Adam Reich. The core band is rounded out by the long-standing rhythm section of Eric Harm (drums) and Julian Veronesi (bass) plus rookie guitarist Jonah Maurer. Joining in throughout are pianist Elio DeLuca and violinist Owen Pallett, beside a cast of guests representing some of New York’s most exciting bands (The So So Glos, Baked, Bad Credit No Credit, Lost Boy?, etc.).

It’s been three years since Titus Andronicus’ last full-length, and there’s not been a terribly large amount of insight in the interim (save for some 2014 singles) as to what’s been happening with the bluster-punk group. Today that changes with “Dimed Out,” a single the band’s released on Spotify via Merge (their last two albums came courtesy of XL). It’s a quick, hissing return to what’s always been best about Titus Andronicus: high-octane, primed-and-ready energy, and tons of personality. Stream “Dimed Out” below, and check out the single’s artwork above, which pays homage to Shakespeare’s 1594 play of the same name.