Hear a Minute of Rihanna’s ‘A Night,’ Which Samples Florence + the Machine

The minute-long track comes from a new Dior ad, and it's very promising

In 2011, Florence + the Machine released “Only If For a Night” off their album Ceremonials. Fast forward three years and add some eager superfans to the mix, the likes of which discovered in January of this year that Rihanna had registered a new song with ASCAP called “A Night,” with writing credits attributed to Florence Welch — she of the Machine — and Paul Epworth, Adele’s 21 producer. 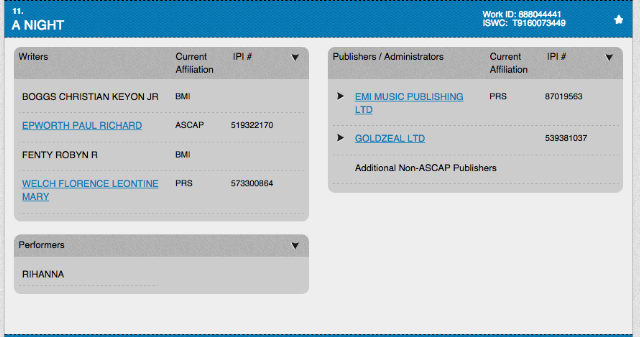 Now the fashion giant Dior has released a new ad that seems to feature Rihanna’s “A Night,” which heavily warps Florence’s original in a trappy, chopped-and-screwed way. No telling yet if this’ll appear on the singer’s forthcoming album, but all signs point to yes. Check out the snippet above.