About — what else? — serving vegan meals at Live Earth concerts 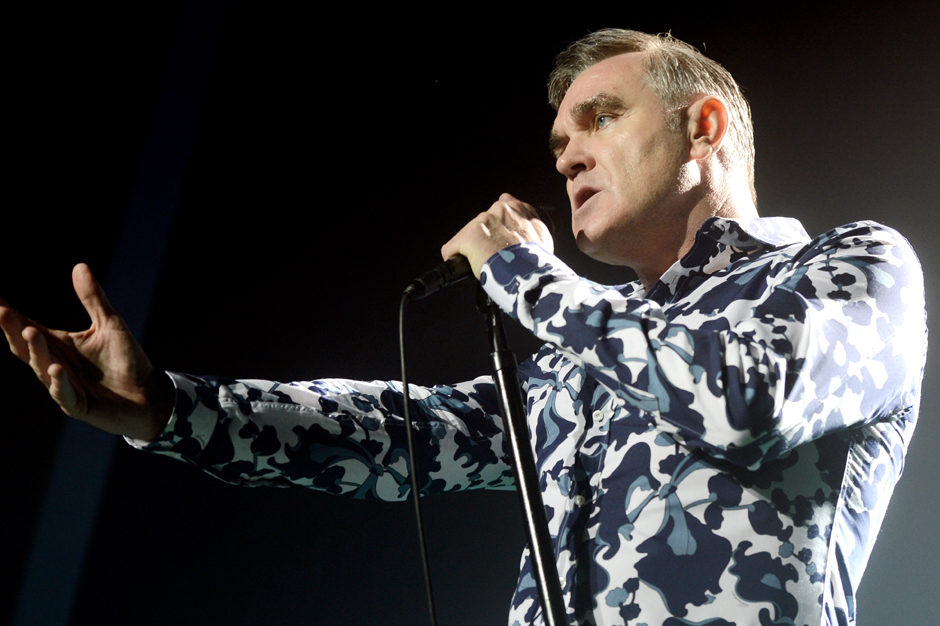 Did you know that veganism can be directly related to correlated to climate control? Well, Morrissey is here to let you know that it can. , the former Smiths frontman has penned an open letter on PETA’s behalf to former Vice President Al Gore and and Live Earth co-founder Kevin Wall asking them to serve an all-vegan menu at their upcoming concerts, which kick off on six continents starting on June 18. Because, of course, they have a hand in planning their organization’s culinary options.

“We already know that raising animals for food is a leading cause of climate change and that moving toward a vegan diet is necessary to combat climate change’s worst effects,” argues Moz, who has in the past requested that the food served at his own concerts be vegan. Then, he went on to rename Gore and Wall’s fest “Dead Earth.” See the full letter below.

I am writing to ask you to do the one thing that will do the most good for the planet and the majority of its inhabitants: not serve meat or dairy products at Live Earth 2015. I don’t mean offering a vegan option-I mean not serving animal products at all. Otherwise, the event will make no sense-it’ll be “greenwashing.” Serving meat and dairy products at an event to combat climate change is like selling pistols at a gun-control rally. Your responsibility is to alert people to a crisis, not sell out to the vendors responsible for it.

Not only is it possible for venues to provide a 100 percent meat-free menu-as is done now at every concert venue in which I perform, including Madison Square Garden, where I have a show at the end of June-it’s also a moral duty.

We already know that raising animals for food is a leading cause of climate change and that moving toward a vegan diet is necessary to combat climate change’s worst effects. Animal agriculture severely affects the world’s freshwater supply and is a major contributor to global greenhouse-gas emissions, deforestation, loss of biodiversity, and air and water pollution, among many other harmful effects.

Since you can’t miss the fact that meat consumption is killing the planet-your own sponsor organization, the United Nations, states this-and since venues can and will cater vegan food for events, if you choose to serve animal flesh at Live Earth, you’ll be making a mockery of the very concept of the event, in which case it should be renamed “Dead Earth: We Contributed!”

Don’t be a denier of the causes of climate change. You know the facts. Make the right choice.