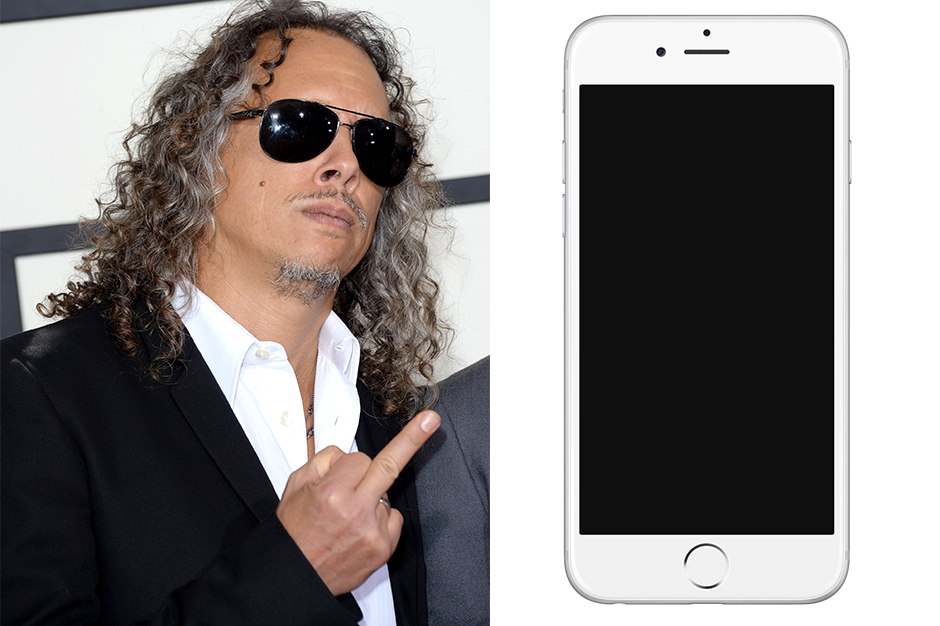 Losing a phone sucks. We’ve all been there. All those contacts and photos — *poof* — gone forever. However, most of us don’t keep important material for the new Metallica album on our phones like guitarist Kirk Hammett did. In 2012, Hammett said he’d written almost 400 guitar riffs to prepare for the seminal metal group’s tenth album. They probably sounded great, but we’ll never know, as he lost his iPhone containing 250 ideas six months ago. “I was crushed. It didn’t get backed up,” he told Blabbermouth.

“I can only remember, like, eight of [the ideas],” he continued. “So I just chalked it down to maybe it just wasn’t meant to be and I’ll just move forward with it.” While this decision to not dwell on the past and fret over missed opportunities is probably for the best, Hammett’s ordeal is a reminder to back up your computer and phone — just in case.

The album the lost riffs were intended for, the follow-up to 2008’s Death Magnetic, does not have a title or release date.