The comedian pretended to fall, and 'Ye was thoroughly unamused 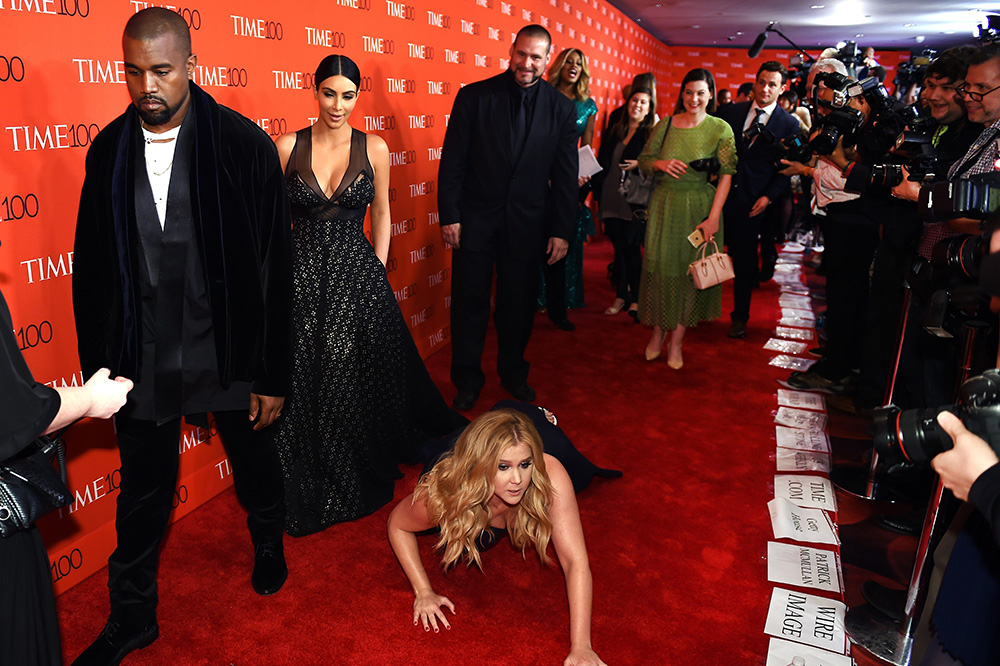 Kanye West, one of the 100 most influential people in the world according to Time Magazine, was in New York City for the celebratory Time 100 Gala, and he was unimpressed when fellow honoree Amy Schumer threw herself at his feet. While ‘Ye and Kim Kardashian were walking the red carpet, the comedian thought it’d be a kick to take a tumble in front of the pair. “I saw them and said to my publicist, ‘Can I pretend to fall?’ and she said, ‘I can’t stop you,” she later told Time. She did, and Yeezy was unperturbed.

Once everyone was inside and back on their feet, Kanye performed a fun 20-minute set featuring songs from all throughout his career, including “Gold Digger,” “Touch the Sky,” “Black Skinhead,” and “All Day,” which you can watch clips of below. He also played  “New Slaves,” “Blood On The Leaves,” “Runaway,” “Only One,” and “Good Life.”