Update: Rep Says Joni Mitchell Is ‘Alert’ and ‘Has Her Full Senses’ in Hospital 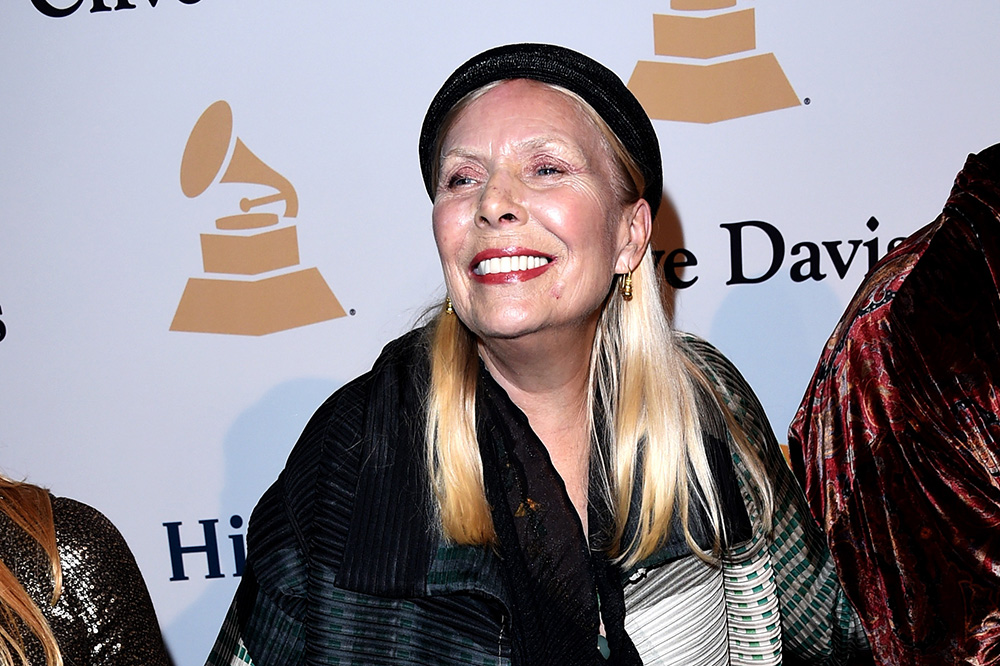 Update: A rep for Joni has denied TMZ’s report, saying in a statement: “Joni is not in a coma. Joni is still in the hospital – but she comprehends, she’s alert, and she has her full senses. A full recovery is expected… As we all know, Joni is a strong-willed woman and is nowhere near giving up the fight.”

In late March, Joni Mitchell was hospitalized after having been found unresponsive in her Los Angeles home. Now TMZ reports that the singer is in an unresponsive coma, and one of her friends — Leslie Morris — has filed conservatorship documents with the L.A. courts. Morris says that Mitchell had previously informed her that she had no family to fill the role of conservator in case of such a situation. More information as it becomes known.

Joni Mitchell to Reissue Book of Paintings and Handwritten Lyrics