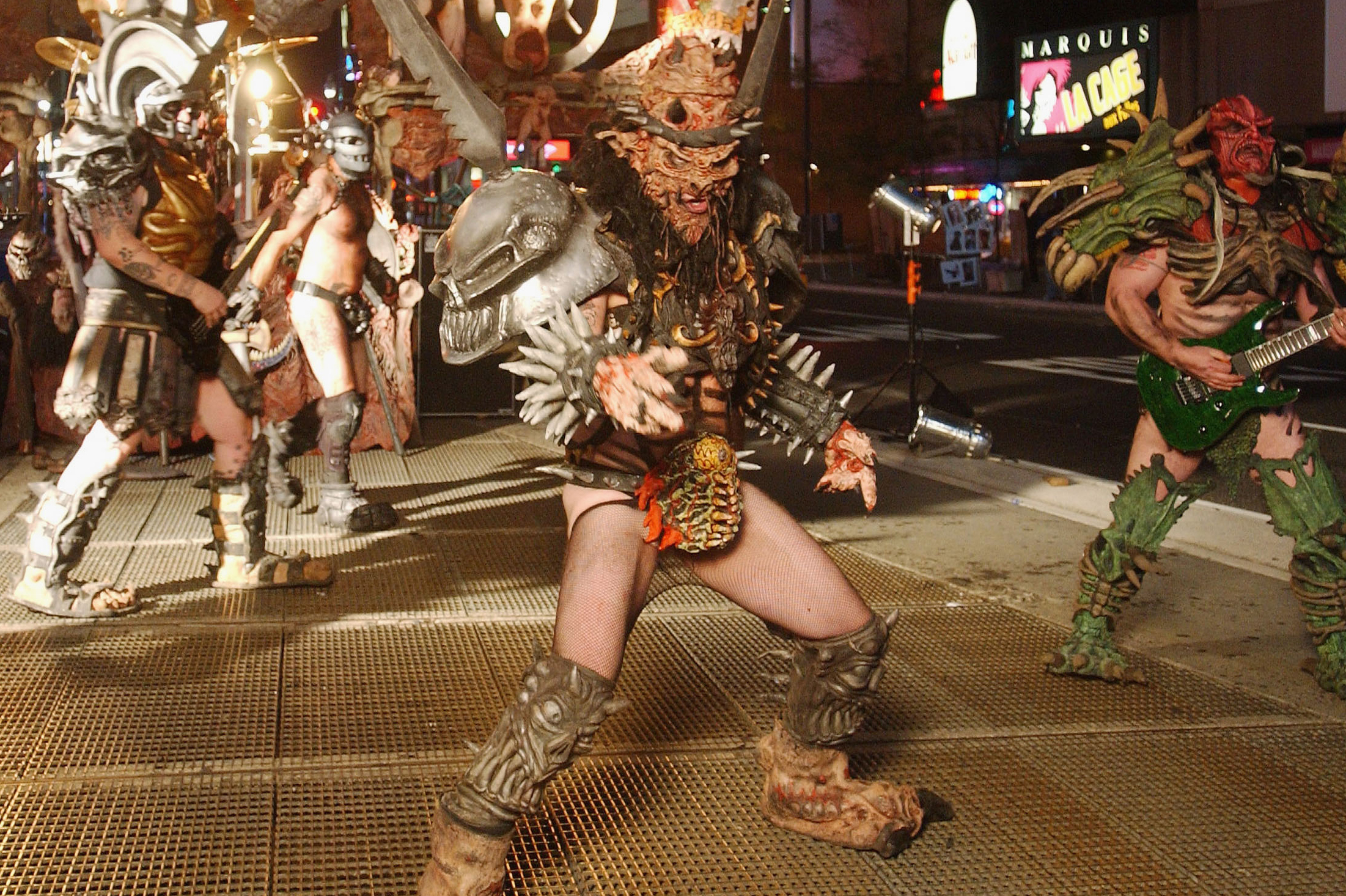 Update: GWAR released a press release denying the allegations in William Brockie’s lawsuit. “We did not steal Dave Brockie’s ashes, or anything else that belonged to him,” the press release reads. “In fact, all of the items mentioned in the article, including Dave’s ashes, have been available to his attorneys for weeks.” According to ‘Billboard,’ GWAR claims that William Brockie “did not want to be involved in making Dave’s final arrangements,” and that the ashes were split up because Dave Brockie wished for his remains to be split between his monument in Richmond’s Hollywood Cemetery and GWAR’s headquarters.

Dave Brockie, a.k.a. Oderus Urungus, the lead singer of the elaborately costumed metal band GWAR, died last March of a heroin overdose, but now his father is alleging that the star’s former bandmates stole a lot of his late son’s property and most of his ashes. William Brockie filled a $1 million lawsuit in the State circuit court in Richmond, Virginia, on Thursday against the remaining members of GWAR. The lawsuit alleges that the band immediately “set out on a course of action to capitalize on the death of Dave Brockie,” and, according to NBC, “stole his bass guitars, artwork and other personal effects, including a gold record; and [tried] to take control of Brockie’s estate from his father.”

More distressingly, when William Brockie went to the band’s Slave Pit headquarters in May to pick up his son’s ashes, he claims to have been deined entry, before a staff member eventually provided him with “a small fraction of his son’s ashes which were delivered in a used plastic bag with Discover credit card logo on it,” according to the suit.