Loves loops and real-world sound effects, doesn't know where Drake got "The Six" from 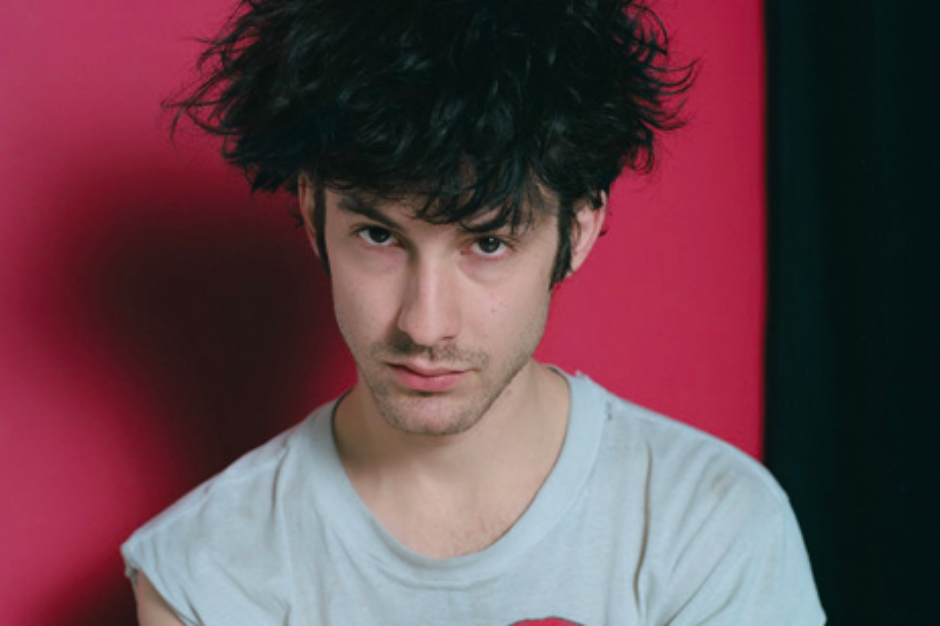 Earlier this month, Doldrums released their second full-length album, the post-millennial tension-racked The Air Conditioned Nightmare, named after a Henry Miller story about his distaste for American culture upon returning from expatriation. In addition to its newfound wariness of modernity, the stellar follow-up to 2011’s acclaimed Lesser Evil also features a range of new electronic influences for Doldrums — led by Toronto-raised frontman Airick Woodhead — including Field-style synth loops and DFA-esque disco inflections.

Based out of Montreal, Doldrums are part of a perpetually-bursting scene that also features breakout artists Grimes and Purity Ring, as well as lesser-known favorites like ambient pop duo Blue Hawaii and lo-fi singer/songwriter Sean Nicholas Savage, but Woodhead seems uninterested in further big-upping the current spotlight on his city, or his growing place in it. “Reality is just it’s a really small group of people who I guess happen to all end up in the same neighborhood,” the Doldrums ingénieur explains. “It’s a pretty slow moving city and people are able to focus on their own work and move at their own pace.” (Tellingly, Woodhead expresses interest in “tactile things” that come with the music experience, like silk-screen shirts and vinyl prints, but is totally unfamiliar with much-hyped streaming service Tidal, not-quite-lamenting, “I’m out of the loop.”)

SPIN talked to Woodhead about some of his inspirations, both conceptual and musical, as well as live favorites off the new album and whether anyone from Toronto actually calls it “The Six.”

Which of the songs have gotten the best response so far, like the ones that you’ve noticed have really got the crowd going?
We did the Crystal Castles tour last year and the set times started changing drastically because there were way more kids, and they’re far more open-minded as an audience than those on other opening tours we’ve done. I would say that “Simjen” and “HOTFOOT” and “Loops,” all the heavier ones that have a lot of layers going. Those all were kind of geared up for that tour, and those all continue to be the best live ones.

Is that something you think about when recording, is how a song is going to go over live?
I used to. [Doldrums] just started as a recording collage video project back in 2010 or whatever. It’s been a long, slow, gradual process to become this kind of functional live band. We’re really inspired by some industrial bands and other psych bands, even like Happy Mondays or something a bit rave-y, but it’s still a live performance, with real drums and stuff. There is a lot of electronic music out there that is kind of innocuous and un-lively.

What struck me about this album was just the range of electronic influences you seem to have, from industrial to disco to ambient. Is that important to you to feed from a variety of that stuff?
Yeah, I’ve always been like that. If you talk to anyone growing up now, or my generation and younger, the idea of a genre is basically out the window. We just listen to everything. Like in the van, we’ll be listening to Infected Mushroom next to, like, Stravinsky next to Wu-Tang next to Springsteen. That’s the climate we’re all in. It’s 2015, so all those influences are going to go subconsciously into whatever music we create.

Where did the sound of the bass on “HOTFOOT” come from?
The bass? It’s like a glitch on some DJ gear that was breaking and I liked that.

And as soon as you heard that, you thought “First single, First track”?
No, but it’s funny. Yesterday morning when I turned the tap on my sink on,  there was this insane pipe roar and I started playing [imitates drum pattern] on my sink.

Does that happen to you a lot, where you kind of hear beats out in the universe?
Totally. I find myself recording sound all the time. I was recording my fridge humming. I have a little zoom recorder that I just like to take around with me.

Are you trying to come up with like a fake dance craze with the “HOTFOOT” shout out?
Exactly. It’s like a dance where your feet are on fire, kind of like dance to put the fire out. It’s a craze that’s sweeping the nation.

Have you seen anybody try to come up with something for it?
Sammy was doing that onstage where he was lighting his fucking shoes on fire. I don’t know if the venues are down with that stuff anymore. We’re playing in like real, more professional places.

Loops seem to be a really big theme on this album, both musically and lyrically. What is it about the loop, either the imagery or the sonic cyclical nature of it?
There is this hypnotic element to a lot of the way that I use samples. I’ve been listening to Negativland or other sample-based artists since I was a kid, and more recently Oneohtrix Point Never and people like that. I love the way hypnosis in music plays with time in a real, psychedelic way. What I find with other art forms, like literature and film, you can kind of do this Vonnegut-y or Philip K. Dick-y thing where you can play with time. As a person who is interacting with the art, you get this kind of disturbing feeling about it and it’s kind of exciting. In music, it’s a bit trickier to do that. Drone music is definitely the one way that you’re able to do that. I was quite influenced by the people who use DJ gear to make experimental music. That’s the way I make music now, too, although I write songs over it. But “Loops” is a simple relationship song. It’s like Alicia Keys.

What inspired the robot dialogue in the “My Friend Simjen”?
I feel like people were starting to pigeonhole me as this post-Internet artist and that was me just being like, “All right, here you go.” You want some technophobic track? I’ll just do that and then we can get that over with. But I guess the song is a bit tongue-in-cheek, you know, being in love with your computer or whatever.

You talk a lot about the “threat of a mundane reality” and stuff like that. Are there any kind of post-millennial or other kinds of technophobic artists that you looked to for inspiration when you were making this album?
For sure, like Alec Empire, some early nineties rave people, and Derrick May, and their philosophy; and this group called Scan 7 from Detroit. I really like all the ideology behind that and how you listen to it. It’s just like this fantasy. Crystal Castles were kind of arriving there as well, and more recently Death Grips, whom I just adore. When they had broken up I was super, super bummed and I’m really happy that they’re touring again.

Do you personally have a fear of or distaste for air conditioning?
No, no, I like to keep it pretty cool.

I’ve been curious to ask people from Toronto, does anybody there call it “The Six”? Is that totally a Drake –
No that’s, like, not a thing. I don’t know where Drake got that from.

Have you talked to other people from Toronto about that? Has anybody sounded familiar with that in the slightest?
With “The Six?” No. I don’t know, man. Drake’s from, like, a rich Jewish neighborhood. I don’t know if his lexicon or his terminology is really on street level.

Hear Black Dice Brilliantly Remix Doldrums’ ‘She Is the Wave’